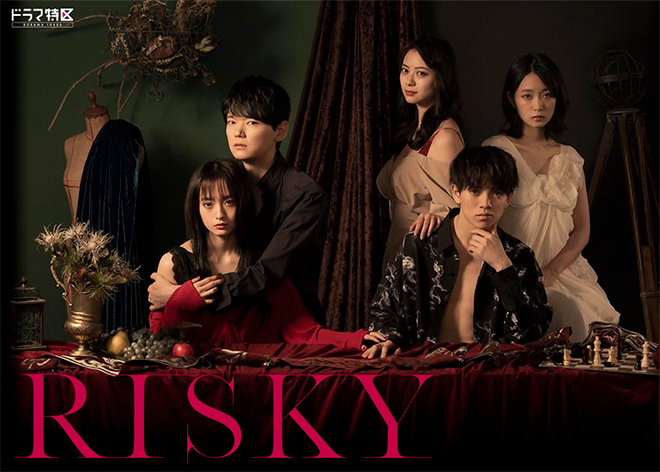 Story
Kuroda Mika is engaged to Sakurai Toru, a guy who works at a trading company and is a great catch. She earns the resentment of females at work for foisting troublesome tasks on her colleagues because she is about to get married soon. Part-timer Asai Mitsutoshi is a nice young man who helps Mika with her work without pulling a face when he sees her. One day, Mika receives a message from a weird account. With that as a start, inexplicable events begin to occur around her. Mika receives direct messages on social media as if her movements are under surveillance. Then she gets a phone call at her workplace from someone claiming to be Toru’s former fiancee Hirose Kanata. The mounting harassment gradually takes a toll on Mika’s mental state. Meanwhile, Toru has an encounter with Hinata because of some incident. He gets close to Hinata behind Mika’s back and they end up becoming intimate. But this is just the prelude of Hinata’s horrifying revenge plan. The true faces and relationships of the mysterious characters are slowly revealed. Who will have the last laugh?

Characters
Hagiwara Minori as Hirose Hinata
She lost her parents in an accident and was raised by her sister Kanata who was eight years older. However, she also lost Kanata due to some incident. She gets close to Kuroda Mika and Sakurai Toru in order to avenge her.

Miyachika Kaito as Asai Mitsutoshi
A part-timer at Kuroda Mika’s workplace who helps her with work. He also listens to her personal problems. His background is shrouded in mystery.

Yamashita Rio as Kuroda Mika
She stole Sakurai Toru from Hirose Kanata and became his fiancee. She firmly believes that she will be happy with him. She is slightly possessive.

Fukagawa Mai as Hirose Kanata
Hirose Hinata’s older sister. After they lost their parents, she raised her in their stead. She is Sakurai Toru’s former fiancee.

Furukawa Yuki as Sakurai Toru
A trading company employee with a promising future. He is currenly engaged to Kuroda Mika but becomes interested in Hinata.

This blog contains information and musings on current and upcoming Japanese dramas but is not intended to be comprehensive.
View all posts by jadefrost →
This entry was posted in Spring 2021 Dramas, TBS/MBS and tagged Furukawa Yuki, Risky. Bookmark the permalink.