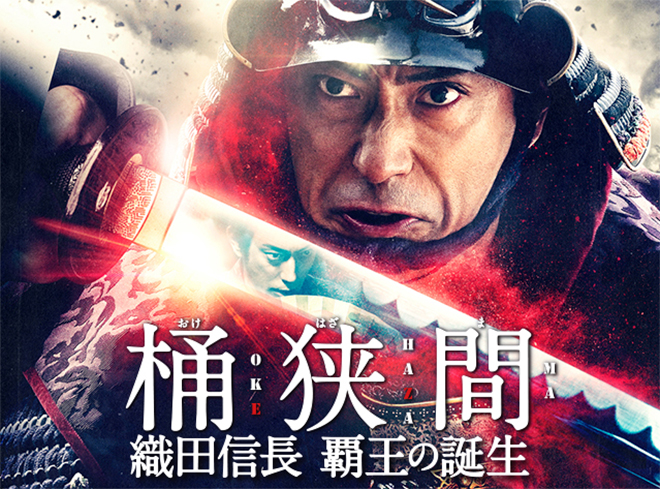 Date: From 9.00 – 11.32 p.m., 26 March 2021
Scriptwriter: Omori Sumio (Tenshi ni Request o, Natsuzora, Seirei no Moribito Series)
Director: Kawake Shunsaku
Cast: Ichikawa Ebizo, Mikami Hiroshi, Hirose Suzu, Nakao Akiyoshi, Takenaka Naoto, Kitamura Kazuki, Mikata Ryosuke, Suzuka Ouji, Horii Arata, Horikoshi Kangen, Ichikawa Botan, Matsuda Ryuhei, Kuroki Hitomi, Sato Koichi
Synopsis: In 1560, Oda Nobunaga (Ichikawa Ebizo) is performing the Noh play, Atsumori, at Kiyosu Castle in Owari Province in present day Aichi Prefecture. At the same time, Matsudaira Motoyasu (Suzuka Ouji), later known as Tokugawa Ieyasu, is in front of a fort for Oda troops, waiting for the time to command the Imagawa’s vanguard. Imagawa Yoshimoto (Mikami Hiroshi), the powerful warlord of Suruga Province, has led a 25,000-strong army to invade and seize Owari Province which is held by the Oda clan. The previous night, Nobunaga gave the retainers who had appealed to him to hold up in Kiyosu Castle against the Imagawa siege, a polite brush off. Early the next morning, he vanishes from Kiyosu Castle with just five pages. His mother Dota Gozen (Kuroki Hitomi) thinks that he had fled in terror but his wife Nohime (Hirose Suzu) states confidently that he would never do that and worries about him. Nobunaga mobilises men he can trust including Kinoshita Tokichiro (Nakao Akiyoshi), later known as Toyotomi Hideyoshi, and gathers information on the Imagawa troops. He determines that Yoshimoto did not head to Odaka Castle but is in Okehazama where he is poised to battle with the Oda troops. Although Nobunaga’s retainers eventually arrive at the stronghold with their armies, they only number about 2,000. The difference in the number of troops between the Odas and Imagawas is a staggering 25,000 to 2,000. How will a heavily outnumbered Nobunaga take on this mighty army? He is about to pull off a miraculous battle.
Website: www.fujitv.co.jp/okehazama