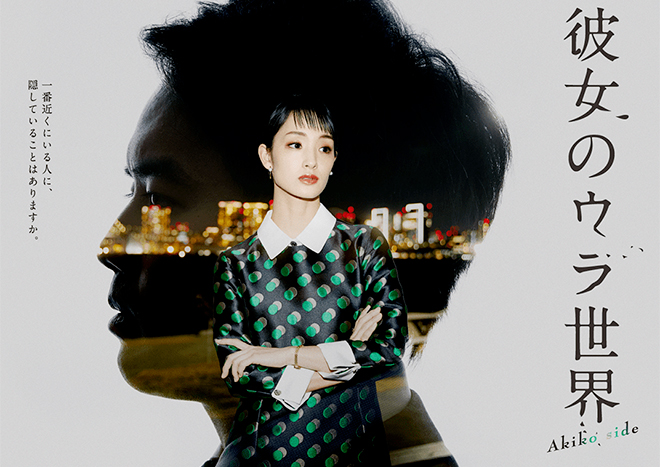 Story
Nishimura Toshiro works at a production company as a drama director. He has been having a hectic time, discussing the script for an ongoing drama with the female producer who is not satisfied with it. The proud and elitist Toshiro intends to make interesting works. But he does not realise that his mindset is elitist and old-fashioned, and that he tends to be chauvinistic. His life has gone smoothly so far and he believes he has everything. Toshiro proposes to his 29-year-old girlfriend, Kondo Akiko, whom he has been dating for three years. Well, from his perspective, he proposed because he feels responsible for her. Akiko is a modest-looking woman who has been supporting the busy Toshiro, doing the housework and cooking perfectly. But the day after his proposal, Akiko leaves the engagement ring behind and vanishes all of a sudden. Why did she leave him and why did she hide her identity during the time they spent together? Toshiro tries to search for Akiko but realises that he does not have any information that would provide clues. Meanwhile, Akiko resigns from her job at the place where she had told Toshiro that she worked and goes to work for the company that her mother runs. Toshiro gathers information on Akiko from Instagram and in the process of following her traces, his true nature along with the truth about her are revealed.

This blog contains information and musings on current and upcoming Japanese dramas but is not intended to be comprehensive.
View all posts by jadefrost →
This entry was posted in Fuji TV, Hikari TV, Spring 2021 Dramas and tagged Kanojo no Ura Sekai, Miura Takahiro. Bookmark the permalink.