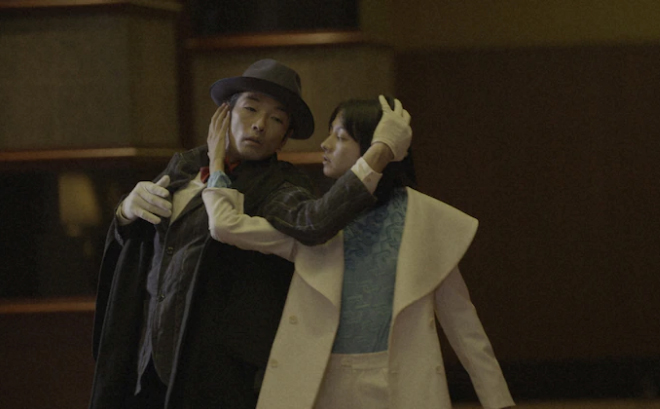 Kaijin Niju Mensou
Story: There is a phantom thief who is a master of disguise. Known as the mysterious thief with 20 faces, he delights in people’s reactions to his crimes. A series of thefts occur while the young assistant Kobayashi Yoshio (Takahashi Rai) is in charge in the absence of the famous detective Akechi Kogoro (Mitsushima Hikari). Akechi returns from overseas and becomes bait in a showdown with the thief with 20 faces. In the end, Akechi is saved by the boys of the young detectives club and scores a stunning victory but … …?
Cast: Mitsushima Hikari, Moriyama Mirai, Dan Jiro, Nakamoto Koji, Saiki Shigeru, Takahashi Rai, Shimada Kyusaku

Shonen Tanteidan
Story: A rumour about a black demon spreads throughout Tokyo as young girls are kidnapped one after another. The black shadow also steals up on the Shinozaki family’s jewels and beloved daughter. Is the legend of the cursed jewels true and what is the real identity of the black demon?
Cast: Mitsushima Hikari, Murasugi Seminosuke, Sakai Maki, Iwai Yuki, Kataoka Tetsuya, Sanyutei Utamusashi

Youkai Hakuse
Story: Aikawa Taiji, a member of the young detectives club, shadows a shady old man (Maro Akaji) with a bizarre appearance and sneaks into a strange Western-style house. However, he is discovered by the old man who calls himself Professor Hiruta. Professor Hiruta seems to have a power that just cannot be explained, and there is a terrifying mechanism in the house. Will Akechi Kogoro (Mitsushima Hikari) be able to save Taiji
Cast: Mitsushima Hikari, Maro Akaji, Sugawara Eiji, Takahashi Rai, Zenyu Yoshio, Fujiwara Hayato, YOU

This blog contains information and musings on current and upcoming Japanese dramas but is not intended to be comprehensive.
View all posts by jadefrost →
This entry was posted in NHK, Spring 2021 Drama Specials and tagged Edogawa Ranpo Short Stories, Mitsushima Hikari, Moriyama Mirai. Bookmark the permalink.