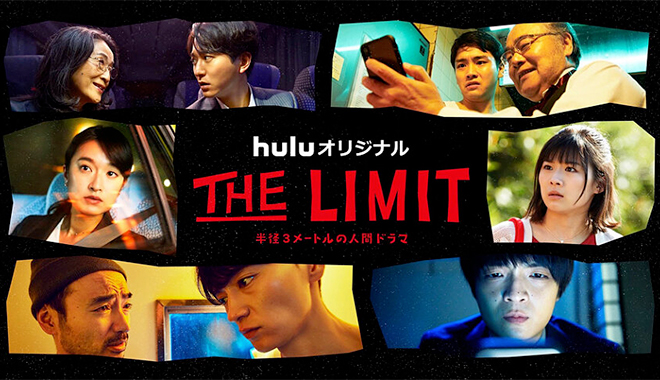 Neko to Ido
Synopsis: After finishing their part-time job at a cafe, Aoi (Ito Sairi) and Saya (Sakai Koharu) are walking along a path when they hear the sound of a mobile phone ringing seemingly out of nowhere. Heading in the direction of the sound, they find a mobile phone placed on the edge of a well. The ringing is cut short and someone calls out to them from behind. Yuma (Bando Ryota), one of the cafe’s regular customers, is standing there. He says that the mobile phone belongs to him and he wants to rescue a cat that had fallen into the well. The cat seems to be trapped in the inner side of the well. Aoi and Saya try to help Yuma to save the cat because Saya knows that Aoi likes him. She plots to somehow bring the two of them closer together, but unfortunately it does not go as planned. While carrying out the cat rescue mission, the three of them are not able to leave the side of the well. Their feelings get into a tangle and misunderstandings lead to misunderstandings.
Cast: Sakai Koharu, Bando Ryota, Ito Sairi

Taxi no Onna
Synopsis: The lawyer Miyata Saki (Kadowaki Mugi) gets into a taxi waiting in front of her company and tells the driver to go to Haneda Airport. She has to fly to Fukuoka to reach a settlement with a customer who was injured by her toy manufacturer client’s product. Saki briefly dozes off and when she wakes up, she realises that the taxi is on the motorway headed in the opposite direction. She panics and questions the driver, only to find out that this person is none other than her younger sister Satomi (Furukawa Kotone). The two sisters have not been back to the family home in Kofu in Yamanashi Prefecture for almost 10 years due to a long drawn feud with their mother. However, their mother is now critically ill and Satomi has decided to resort to extreme measures. Saki contacts her client as she tries to get to the airport one way or another. Satomi reins this in while she drives. They quarrel over work and family, and things begin to get heated up inside the taxi which Saki cannot get off … …
Cast: Kadowaki Mugi, Furukawa Kotone

Unit Bath no Futari
Synopsis: Magical Shimada (Hosoda Yoshihiko), a popular entertainer on television, is in a young woman’s apartment even though he has an actress wife. He discovers a thief called Kuwamoto (Iwasaki Udai) hiding in the bath tub in the unit bath. As it would be a disaster for him if the media were to get wind of his affair, Shimada hides his face while trying to get rid of Kuwamoto. However, his identity is found out. Taking advantage of Shimada’s weakness, Kuwamoto ratchets up his pestering, from requesting an autograph for his daughter who likes comedians to demanding that Shimada hand over money. He ends up lamenting his own poor fortune and starts lecturing Shimada with a tinge of jealousy … …
Cast: Hosoda Yoshihiko, Iwasaki Udai

Verandah Otoko
Synopsis: A man comes back to the apartment where Uehara Anna (Hoshi Moeka) lives alone. He is Irie (Okayama Amane), a senior colleague at work who has feelings for her. After confirming that Anna would be working overtime through a group on LINE for members involved in the same company project, he uses the key to sneak into her home while she is out. However, the unexpected happens. Anna is rebuked by the boss for making a mistake in the order that she had placed. She takes the order to “go back” seriously and really returns home. A flustered Irie flees to the verandah and tries to jump down from there. However, he aborts the idea when he looks five floors down. While he is thinking of some way to get out of there, he sends a comforting message to Anna. Two seemingly ill-bred visitors and a neighbour irritated with Anna get involved. The exchange between Irie and Anna, who are just in front of each other, progresses in a outrageous direction.
Cast: Okayama Amane

Kirenai Denwa
Synopsis: Ohashi Yosuke (Izumisawa Yuki) just started dating a girl four years his junior called Ayako (Natsuko) two weeks ago. While they are having a fun date at a cafe, Yosuke gets an anonymous call on his mobile phone. Because he tries to ignore it, the mood is disturbed. At the prompting of a distrustful Ayako, Yosuke answers the phone. The caller turns out to be a woman unknown to him. To Yosuke’s dismay, he is suspected of cheating on Ayako and dumped. The woman wants to kill herself and says that she randomly dialled a phone number, thinking that she would hold back from killing herself if the person answers the phone. Yosuke is taken aback. She proposes a game with him. If he makes the cafe owner (Iwamatsu Ryo) say “I’ll call the police”, Yosuke wins. If he loses, she will slit her wrists and die. The woman’s instructions steadily escalate and Yosuke is pushed into a situation where he is not able to hang up the phone even though he wants to.
Cast: Izumisawa Yuki, Iwamatsu Ryo, Natsuko

Kousoku Yakou Bus
Synopsis: Kengo (Asaka Kodai) rushes onto a long-distance night bus empty handed just before it leaves. There is only one passenger, elderly woman called Sonoda Sonoko (Kino Hana), inside the bus. Kengo ends up falling asleep while taking in the night view of Tokyo and wakes up with a very dry throat. Noticing that he did not bring a drink, the elderly woman shares her tea with him. Then she looks intently at his face. She says that he cannot be happy because of his ancestors’ karma and offers exorcism of the three spirits that are after him. She recommends regular exorcism as she tries to sell him an expensive statue of Buddha. But Kengo reveals that he has no money as he was fired from his temporary job. When the woman asks about his destination, Kengo starts to talk about his childhood regrets during the long bus ride to the last stop.
Cast: Kino Hana, Asaka Kodai

This blog contains information and musings on current and upcoming Japanese dramas but is not intended to be comprehensive.
View all posts by jadefrost →
This entry was posted in Hulu, Spring 2021 Dramas and tagged Kadowaki Mugi, Okayama Amane, The Limit. Bookmark the permalink.

1 Response to The Limit