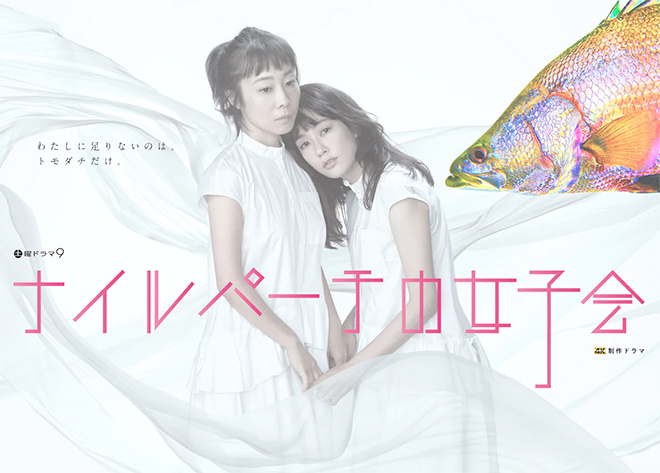 Story
32-year-old career woman Shimura Eriko works for a large general trading company on equal footing with the men. She is beautiful, highly educated and received lot of love from her parents when growing up. Life seems to be going well for Eriko but her single greatest hang up is the fact that she does not have any female friends. For Eriko who had trouble with her only good friend back in high school, a noble and beautiful relationship on the level of soulmates is her dream. One day, Eriko discovers a popular journal written with an exquisite ennui and unique style by a housewife influencer of the same age on social media. It becomes her secret pleasure to read it every day. Eriko eventually realises that Ohyou lives nearby and expectation mounts that she might be able to meet her some day. At one point, she happens to meet Maruo Shoko, who is Ohyou. Shoko also has no female friends and the two of them, quickly become close. Eriko is excited about this encounter, thinking that she will finally have a female friend. Despite their intention to understand each other, Eriko and Shoko remain unaware of who the other truly is. Eriko grows anxious when several days pass without a response from Shoko and sends a series of messages to her. When even these go unanswered, she is absent-minded at work and keeps thinking about Shoko. Eriko’s behaviour gradually starts to get erratic and things take an unexpected turn for the two of them.

Characters
Mizukawa Asami as Shimura Eriko
She works for a large general trading company and lives with her parents in a house in Tokyo’s Setagaya ward. While her annual income exceeds 10 million yen, she has a complex about not having any female friends. She loves reading an online journal with the title Ohyou’s Hopeless Wife’s Diary.

Yamada Maho as Maruo Shoko
The writer of Ohyou’s Hopeless Wife’s Diary, a popular journal written by a housewife on social media which Shimura Eriko loves reading. She lives as she pleases with her husband Kensuke who works for a supermarket. She is the same age as Eriko, and also does not have any female friends.

Shinohara Atsushi as Maruo Kensuke
Maruo Shoko’s husband who is a manager of a supermarket. He is on good terms with Shoko and expects nothing from her. He does not get particularly angry with her for leaving the place messy and not preparing dinner.

Fuchikami Yasushi as Sugishita Yasuyuki
Shimura Eriko’s colleague who joined the company at the same time as she did. He always tells her, “You look beautiful today too.”

Moriya Kanna as Ogasawara Keiko
A former good friend of Shimura Eriko. She has not been able break free from the past incident between herself and Eriko. She is currently unemployed and single and always wavering in these aspects.

This blog contains information and musings on current and upcoming Japanese dramas but is not intended to be comprehensive.
View all posts by jadefrost →
This entry was posted in TV Tokyo, Winter 2021 Dramas and tagged Mizukawa Asami, Nile Perch no Joshikai. Bookmark the permalink.