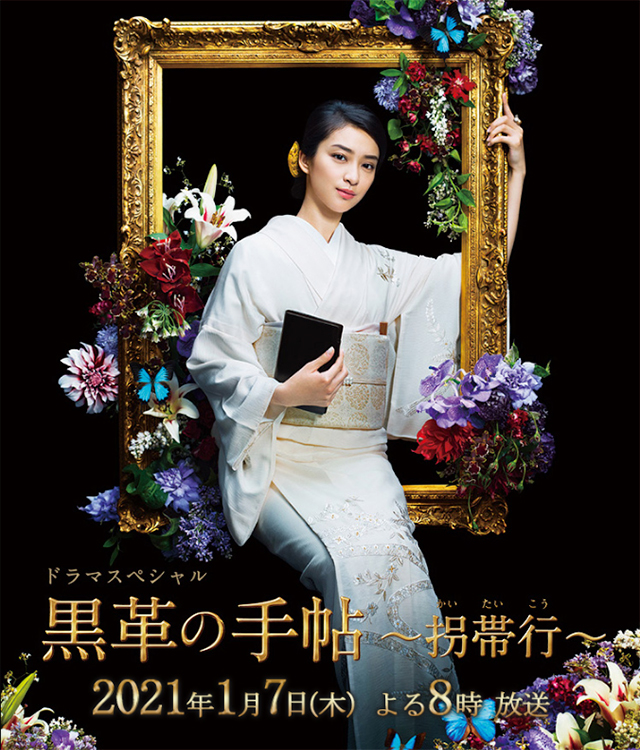 Date: From 8.00 p.m., 7 January 2021
Original Work: Kaitaikou by Matsumoto Seichou
Scriptwriter: Asano Taeko (13, Tasogare Ryuuseigun, Gomen Aishiteru)
Director: Katayama Osamu
Cast: Takei Emi, Naka Riisa, Adachi Yumi, Maiguma Katsuya, Takashima Masanobu, Takahata Atsuko, Kazama Morio, Watabe Atsuro
Synopsis: Three years ago, Haraguchi Motoko (Takei Emi) was arrested on suspicion of embezzlement and extortion, and later given a prison sentence. After completing her prison term, she is released but has lost everything and is in a worse financial situation than before. Motoko tries to make a fresh start working part-time at a supermarket. However, she has the unfortunate luck of encountering Nakaoka Ichiko (Takahata Atsuko), the head nurse at Narabayashi Clinic. Her past is disclosed and her life continues to go awry. Rather than staying on in Tokyo, Motoko considers starting over again in Kanazawa, a place where no one knows about her. She meets Hashida Tsuneo (Takashima Masanobu), the chairman with whom she has a deep connection, again by coincidence. With his help, she is introduced to Kamishiro Shugo (Watabe Atsuro), a leading executive in the IT business and the CEO of Kamishiro Group which boasts total sales of a 100 billion yen. Motoko starts working as a hostess at an exclusive club that he runs and quickly distinguishes herself with her natural talent and charm. She is put in charge of the club which naturally angers Itabashi Reina (Adachi Yumi) who has been the one all this while. In addition, Motoko’s rival Yamada Namiko (Naka Riisa) from her days in Ginza also shows up. One day, a man called Morimura Takashi (Maiguma Katsuya) comes to the club asking for Kamishiro. He wants to take revenge against Kamishiro who not only caused the cafe that his parents were running to go out of business but also drove his father to commit suicide. He siphoned customer data and obtained some money. In response, Motoko asks if this is the extent of his revenge. After that, some incident forces Motoko and Morimura to go on the run. They arrive at a peaceful traditional Japanese inn by the coast where they are prepared to die. Their encounter with Sato Yoshiki (Kazama Morio) and his wife at the inn is about to make a big difference on Motoko’s life.
Website: www.tv-asahi.co.jp/kurokawanotecho
Twitter: twitter.com/kurokawaTVasahi

This blog contains information and musings on current and upcoming Japanese dramas but is not intended to be comprehensive.
View all posts by jadefrost →
This entry was posted in TV Asahi, Winter 2021 Drama Specials and tagged Adachi Yumi, Kurokawa no Techou (2017) Series, Matsumoto Seichou, Naka Riisa, Takashima Masanobu, Watabe Atsuro. Bookmark the permalink.