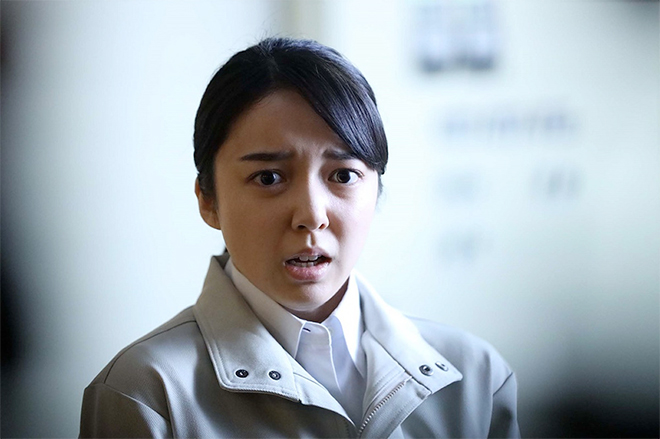 Akazu no Ma o Tsukutta Hanashi
Story: Sasaki Aya (Kamishiraishi Mone) work as a site supervisor of a building contractor. One day, the company is asked by a long-established traditional Japanese inn to renovate its banquet hall and she pays a visit. The architect Kijima Soji (Kataoka Ainosuke) hands a blueprint over to Aya. But it is a peculiar Japanese-style room in with no entrance and exit. Even though Aya finds this strange, she gets started on the construction work. However, a series of baffling incidents hit the workers involved in the work onsite. They somehow make it to the final day. Aya is assigned by Kijima to do a final check of the place. She feels a queer atmosphere that is different from before and nervously enters the renovated room. That is when she sees something that gives her a fright.
Cast: Kamishiraishi Mone, Kataoka Ainosuke

Wake Ari no Karaoke-ten
Story: Ono Yohei (Okada Kenshi) is an employee at a karaoke bar. He is troubled by the strange phenomenon that keeps happening while he is at work. In fact, the building where the karaoke bar is located has a rather interesting history. One night, Yohei is tending the karaoke bar with his colleague Kanai Miku (Kawashima Ririka) when a former employee Yoshioka Sho (Asei) arrives. He leaves word that his companion is joining him later and enters one of the rooms first. A short while later, a long-haired woman appears at the reception and asks to be taken to room #8. Although Yohei senses an unusual atmosphere, he guides the woman to the room that Yoshioka is in, but … …
Cast: Okada Kenshi, Kawashima Ririka, Asei

This blog contains information and musings on current and upcoming Japanese dramas but is not intended to be comprehensive.
View all posts by jadefrost →
This entry was posted in Fall 2020 Drama Specials, Fuji TV and tagged Honto ni Atta Kowai Hanashi Series, Kamishiraishi Mone, Kataoka Ainosuke, Katsumura Masanobu, Yoshida Kotaro. Bookmark the permalink.