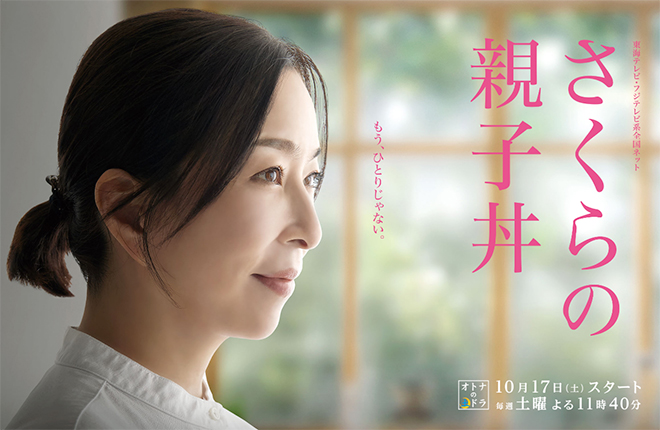 Story
It has been two years since Tsukumo Sakura became a staff at a children’s shelter called Hachidori no Ie, drawing from her experience of providing free oyakodon to children with nowhere to go. She has been working as a caretaker at the second Hachidori no Ie, another children’s shelter run by lawyer Mitani Momoko. The shelter provides temporary refuge for children who cannot remain at home for various reasons such as neglect or abuse, and it is a safe place that outsiders know nothing about. A stream of children who have been hurt have come to this shelter, including 17-year-old Sakamaki Rika who has been subject to psychological abuse from her father over her studies. Despite the change from the Heisei to Reiwa era, the number of children with nowhere to go continues to increase and there is a shortage of places to keep them safe. Miyabe Yukino, a new lawyer at Momoko’s law firm, is put in charge of Rika and arrives at the children’s shelter. Yukino’s excessive emotional attachment to the children causes a lot of friction sometimes. The children turn away in response and this gravely hurts Yukino. Seeing her former self in Yukino, Sakura empathises with her. Meanwhile, Sakura gets an invitation to tea from Okabayashi Yasuhiro who is a local official. Does this signify the sudden arrival of spring? What new ordeals await Sakura?

Characters
Maya Miki as Tsukumo Sakura
A staff at the second Hachidori no Ie. She was the owner of Tsukumodo, a house with a secondhand bookstore and offered free oyakodon to hungry people with nowhere to go. However, she was asked by the lawyer Mitani Momoko to help out at her children’s shelter, the first Hachidori no Ie. She was initially shocked by the children who have built emotional barriers and tried her best to give them hope for tomorrow. She is a tenacious woman who is able to calmly look into children’s hearts due to her wealth of experience. But when it comes to important situations for the children, she would end up rushing along and forgetting her duty as usual. She thinks that if the staff do not have big hearts, they will not even be able to treat children kindly. Her son Yuhei was murdered by a child and that is the basis for her feelings.

Natori Yuko as Mitani Momoko
The head of the law firm, Mitani. She has always had a strong interest in human rights issues relating to children and oversees the children’s shelters. She looks at children from the shelter’s perspective and is involved in deciding what to do with them such as interviewing them and determining whether they move in. She set up the second Hachidori no Ie as the problem of children suffering from abuse continued to grow in recent years and asked Tsukumo Sakura, who had left Hachidori no Ie, for her help to take care of the children. She became acquainted with Sakura as the lawyer for the assailant in the case which claimed the life of Sakura’s son Yuhei. They slowly developed a relationship of trust despite their divergent beliefs in dealing with children because of their different positions. Even though she is extremely busy running her law firm and the children’s shelters, she joins a matchmaking club in an attempt to find new happiness.

Yamasaki Shizuyo as Takasegawa Taki
A former female pro boxer and the head of the second Hachidori no Ie. After she retired as a pro boxer, she got certified as a social worker because she wanted a job where she could help children who have nowhere to go to, and became the head of the children’s shelter. She presents boxing gloves to the angry and sad children, and lets them throw punches.

Shinkawa Yua as Miyabe Yukino
A new lawyer at Mitani Momoko’s law firm. She is bright, cheerful young woman with a strong sense of justice. She passed the bar exam on her first attempt. Inspired by Momoko’s lessons while she was in university, she hoped to become a staff at the children’s shelter when she qualified as a lawyer. Momoko has great hopes for her. Tsukumo Sakura feels that she seems to go around in circles because she is too emotionally attached to the abused children. This eventually proven right. She has emotional scars that she has not told to anyone about and this matter causes Sakura distress.

Tsurumi Shingo as Okabayashi Yasuhiro
A local official who also runs a tax accountant office. He has taken the initiative in community activities in the town where Hachidori no Ie is located. The residents and also Tsukumo Sakura have faith in him. He lets the children from the shelter conceal their backgrounds and participate in local cleanup efforts. After his wife died of illness, he raised their son Daiki on his own. Sakura is also interested in him. He has a strong sense of justice, but an incident subsequently causes an air of unease to develop between him and Sakura.

This blog contains information and musings on current and upcoming Japanese dramas but is not intended to be comprehensive.
View all posts by jadefrost →
This entry was posted in Fall 2020 Dramas, Fuji TV and tagged Maya Miki, Natori Yuko, Sakura no Oyakodon Series. Bookmark the permalink.