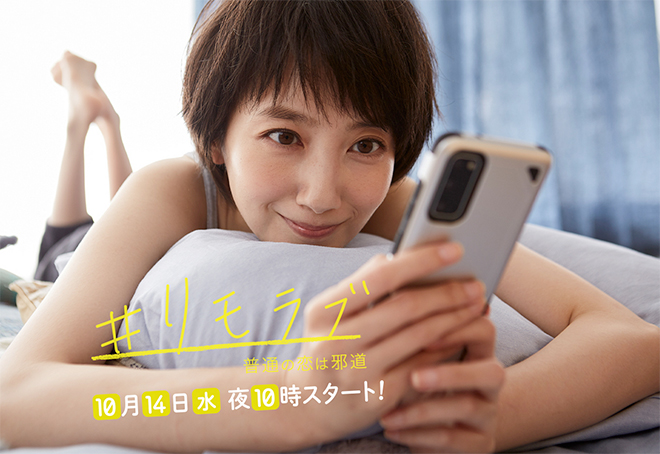 Story
28-year-old is Ozakura Mimi an occupational physician at Kaneki Pulp Corporation. Six months ago in April, she was busy every day caring for the health of the company’s 1,129 employees amid the coronavirus pandemic. She would take the new male nurse Yagihara Daiki around the company with her and give stern warnings if she found employees who did not wear masks or wash their hands. Mimi even made Misaki Tsuneo from the Sales Department go home after he came to office because of work even though he was running a high fever. “Is there something more important than your life?” she had asked. Although she had a rough time, her efforts have paid off and she is proud that she has been able to protect the company and its employees. At first, Mimi had a reputation as a very beautiful occupational physician. But she is now the feared “healthcare dictator”. Asanari Hajime and his subordinates Aobayashi Fuichi and Gomoji Juntaro were warned by her for working overtime in the Human Resources Department. They gossip that she has no boyfriend because she is a perfectionist who will not compromise and has a haughty attitude. However, Mimi pays no heed even when she hears this as she enjoys single life to the fullest and steers clear of troublesome romances. However, her life changes with the shift to remote working. She is unexpectedly struck by a sense of loneliness and restlessness, and the strange desire to fall in love. Then she falls for someone whom she met online through social media without knowing his looks nor his name. It seems that this person is someone who works in the same company. There are five possible “love suspects”: Aobayashi, Gomoji, Yagihara, Misaki and Asanari … …

Characters
Haru as Ozakura Mimi
An occupational physician who works for Kaneki Pulp Corporation. She is 28 going on 29 and single. As she is observant and perceptive, she sees through employees’ worries and the matters that they want to hide and puts them on the path to good health. Because of her sadistic way of doing things, she is the feared “healthcare dictator” in the company and her approach grew more prominent with the coronavirus outbreak. While she has saved many employees who were at risk of infection, this became a divisive issue. Naturally, her dictatorial style is harmful in her personal life. When she was still a student, she had several romances. But she has focused on her job since she entered the workforce and reached the age where no man would approach her. Although she has been comfortable with being single, her feelings have started to change due to life in self-isolation. She ends up falling in love with someone whom she had conversations with through an online game recommended by psychiatrist Tomichika Yuri to relieve stress.

Matsushita Kohei as Aobayashi Fuichi
An employee at Kaneki Pulp Corporation’s Human Resources Department. He is 33 and dating Abiko Saori, a colleague in the Sales Department. He looks conventionally handsome but has incredibly bad dress sense. Besides his suits, his ordinary clothes are so unfashionable that he has been dumped by several girlfriends. However, he does not seem to realise the reason. It is not just his dress sense but his dressing that is also uncool. He grew up in the countryside and is unsophisticated, kind and considerate. However, he frequently cares too much that he gets caught between a rock and a hard place.

Mamiya Shotaro as Gomoji Juntaro
An employee at Kaneki Pulp Corporation’s Human Resources Department. He is 27 and single. His father is a diplomat, his older sister works for UNICEF, his older brother is the Vice Foreign Minister’s secretary and his mother used to be a university professor (Everyone is now on overseas assignments or residing abroad). He was doted on as the youngest child in a very outstanding family. He is a smart young man and Aobayashi Fuichi recognised that during the recruitment interview and strongly recommended him. As a result, he has been relatively open to Aobayashi before he entered the company. He has had to work remotely because of the current coronavirus pandemic and realises that it is surprisingly enjoyable. He likes the idea of staying at home. While he is glad to have joined Kaneki Pulp Corporation, he wonders if he should quit.

Takahashi Yuto as Yagihara Daiki
A new male nurse at Kaneki Pulp Corporation’s Healthcare Office. He is 22, lives alone and has a girlfriend Otomaki Shiori. He has a much more sociable personality than Ozakura Mimi and also a certain degree of coolness. His sociability is an extension of his smooth talking. However, he often gives Mimi the misguided advice on romance in all seriousness.

Watanabe Dai as Misaki Tsuneo
A salesman who works for Kaneki Pulp Corporation’s Sales Department. He is 31 and single but still lives with his parents. He constantly has clashes about work with Ozakura Mimi who often goes against the company’s interests. He is agonising alone about the sales quandary he is in because of the coronavirus pandemic.

Oikawa Mitsuhiro as Asanari Hajime
The head of Kaneki Pulp Corporation’s Human Resources Department. He is 48 and a cheerful, old-fashioned man. Many subordinates end up listening to what he says before they notice it. He has a son Tamotsu, who is in elementary school, and absolutely dotes on the boy whom he had at a late age. He separated from his wife this year. He was intending to give his son a proper explanation about their divorce when the coronavirus broke out and now many things are half done.

This blog contains information and musings on current and upcoming Japanese dramas but is not intended to be comprehensive.
View all posts by jadefrost →
This entry was posted in Fall 2020 Dramas, NTV and tagged #RemoLove, Eguchi Noriko, Haru, Oikawa Mitsuhiro. Bookmark the permalink.