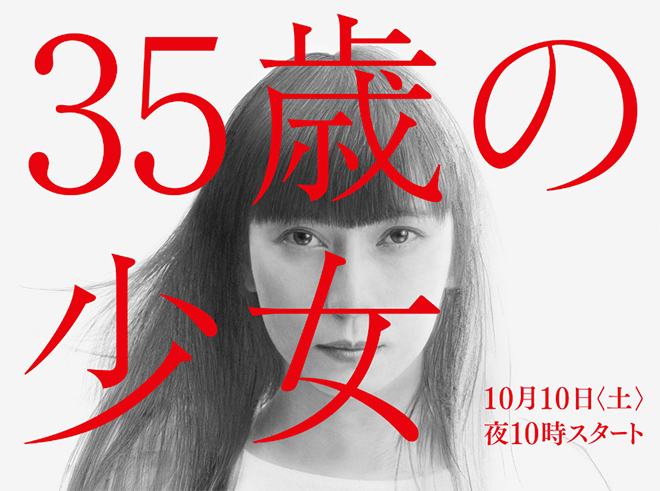 Story
One day in 1995, the eldest daughter of the Imamura family, 10-year-old Nozomi had a freak accident that put her in a long coma. She flew down a slope without realising that the brakes on her bicycle were faulty and lost control. Her family fell apart from the resulting regret and guilt while her first love Hirose Yuto gave up his dream. Each of them live lonely lives in the present. Only her mother Tae believed that she would miraculously come back from the dead and kept watch over her. After 25 long years, Nozomi regains consciousness in 2020. However, Tae who was cheerful and kind, has turned into a cold woman who does not smile. Nozomi’s cool and dependable father Shinji has become an unremarkable middle-aged man and her cute little sister Manami completely changed into a sullen and bitter adult. Yuto protects himself by being critical of other people and behaving condescendingly. But when he meets Nozomi again, he begins to re-examine his life and develops feelings for her again … … Nozomi cannot accept herself – the 35-year-old girl with the body of a 35-year-old and mind of a 10-year-old. She is bewildered by the world that has changed completely but tries to fill every void by rushing to accumulate over two decades worth of experiences. She blossoms into a woman as she goes through pains and heartbreaks. When Nozomi’s mind catches up to her real age, just how will she see the world she lives in?

Characters
Shibasaki Kou as Tokioka Nozomi
A cheerful, naive and happy-go-lucky fourth grade elementary school student. She is a person of intense emotions whether feeling delight, anger, sorrow or pleasure. Her dream is to become a newscaster and do live reports every day. She has taken a fancy to her classmate Hirose Yuto. When she was 10 years old, she had an accident while cycling her bicycle and ended up in a coma. She woke up after 25 years with the heart of a 10-year-old in the body of a 35-year old.

Sakaguchi Kentaro as Hirose Yuto
Tokioka Nozomi’s elementary school classmate and first love. He became an elementary school teacher but some incident triggers his resignation. He protects himself by criticising other people and acting condescending in order to conceal his lack of confidence. But his “reunion” with Nozomi makes him re-examine himself, and he develops feelings for her again … …

Hashimoto Ai as Tokioka Manami
Tokioka Nozomi’s sister who is three years her junior. She works at the sales department of a major advertising agency. Although she seems beautiful, good at her job and grounded, she is the type who contrary to her appearance is an attention seeker. Because of that, she bungles romances and the man always leaves. After her sister’s accident, her parents got divorced and she took her mother’s surname. She agonises about the meaning of her own existence as her family’s circumstances dramatically change. She is honestly not happy that her sister has regained consciousness.

Suzuki Honami as Tokioka Tae
Tokioka Nozomi’s mother. After Nozomi met with the accident, she and her husband Shinji got divorced and she raised their two daughters on her own. She has continued to care for Nozomi for 25 years while working nonstop as an insurance agent. She used to be a cheerful and gentle person but the smile she used to shower on everyone vanished as she realised that she can only rely on herself. She has made it this far because she believes that her daughter will wake up some day. However, when her wish comes true, her own time starts moving in a different direction.

Tanaka Tetsushi as Imamura Shinji
Tokioka Nozomi’s father. A salesman who works for a large house builder. In the past, he was so good that he sold homes one after another for his beloved family and for his customers, and he received the CEO’s award many times. Five years after his daughter’s accident, he divorced his wife Tae and remarried. However, his step son became withdrawn, and his work is entirely after-sales service. He feels unhappy with both his family life and work.

Tomita Yasuko as Imamura Kana
Imamura Shinji’s second wife. She married him after divorcing her son Tatsuya’s biological father. In contrast to Shinji’s first wife Tae at present, she is reserved and has a gentle nature. She senses that Shinji still cares about his other family but cannot bring herself to say anything about it. Her frustration builds up little by little.

Ryusei Ryo as Imamura Tatsuya
Imamura Kana’s son with her ex-husband. He graduated from a decent private university and got a job at a modest company. However, he was bullied and quit the company in less than two years. He has shut himself up in his room in more than a year. He will only come out of the room only when he wants food and drinks and sends a message to his parents to ensure he does not meet them.

This blog contains information and musings on current and upcoming Japanese dramas but is not intended to be comprehensive.
View all posts by jadefrost →
This entry was posted in Fall 2020 Dramas, NTV and tagged 35-sai no Shojo, Hashimoto Ai, Sakaguchi Kentaro, Shibasaki Kou, Yukawa Kazuhiko. Bookmark the permalink.