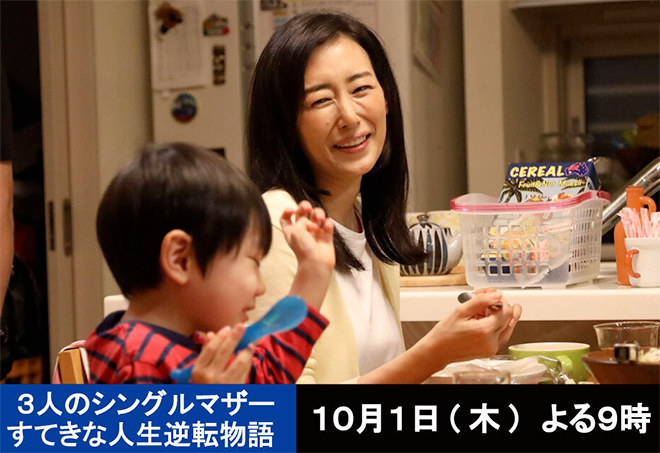 Todai to Green Curry
Synopsis: Mizukawa Sanae (Kimura Tae) has been raising her two sons Ryota (Maeda Oshiro) and Shota (Daigo Kotaro) on her own while working part-time at a convenience store after her beloved husband Kota (Kataoka Ainosuke) died of an illness. One day, she is told by her eldest son Ryota’s high school form teacher at a parent-teacher-student meeting that it will be difficult for him to qualify for the university of his choice since he is frequently absent from school. This comes as a surprise to Sanae who works from morning to night, and was not aware that he had been cutting classes. Shota worries while Ryota punches the wall in frustration for having let her down and ends up making a hole in a wall of the house. Sanae despairs. When her husband passed away, Sanae had vowed that she would protect their sons … … The atmosphere at home grows strained. But this is about to dramatically change because of a letter that Ryota has addressed to her.
Cast: Kimura Tae, Kataoka Ainosuke, Maeda Oshiro, Daigo Kotaro

Okan no Tame ni
Synopsis: Maehara Mayumi (Hasegawa Kyoko) is a single mother with two children. They are mindful that the family is not well-off, but Mayumi encourages them to do what they want, “Mom will make what you want to do come true.” And so, her son decides to start playing baseball. He dreams of participating in the National High School Baseball Championship and winning. His wish comes true when he gets into Osaka Toin Senior High School, a school that is known as a baseball powerhouse. However, at this point, it is discovered that he has an unidentified illness. He is told by the doctor to give up baseball for the sake of his life. But her son is determined. Mayumi who had decided to supports her son’s dream, wavers … …
Cast: Hasegawa Kyoko, Okada Keisuke, Yamasaki Ryutaro, Fukumoto Riko

Yume o Kanaeru Techou
Synopsis: Sudo Misuzu (Kanjiya Shihori) is a busy single mother. Because she holds two jobs as an office worker and yoga instructor, she barely has time to interact with her young son. One day, her son cries, “I wish I hadn’t been born.” Misuzu is shocked. The sight of her crying son unleashes the feelings that she had suppressed. Then a notebook that she had written during her student days unexpectedly catches her eye. Misuzu decides to start writing her dreams and goals in the notebook again. As she achieves the small goals written inside it, her daily life starts to change little by little. She creates something for her precious son from savings of several thousand yen. It becomes a hit product with annual sales of 100 million yen.
Cast: Kanjiya Shihori, Terajima Susumu, Kawakami Maiko, Megumi, Sakou Yoshi

This blog contains information and musings on current and upcoming Japanese dramas but is not intended to be comprehensive.
View all posts by jadefrost →
This entry was posted in Fall 2020 Drama Specials, Fuji TV and tagged 3-nin no Single Mothers, Hasegawa Kyoko, Kanjiya Shihori, Kataoka Ainosuke, Kimura Tae, Terajima Susumu. Bookmark the permalink.