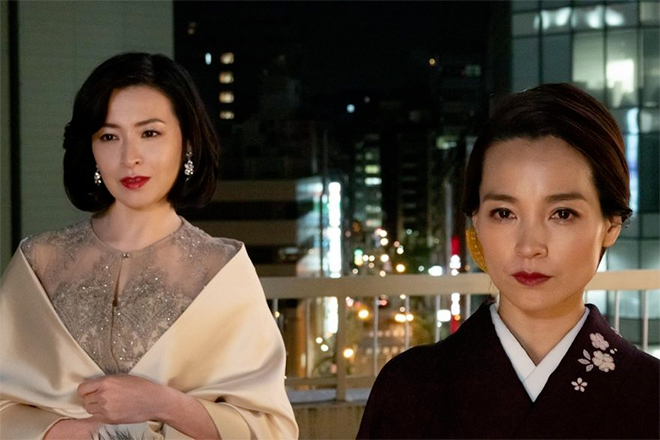 Date: From 9.00 p.m., 16 August 2020
Original Work: Shitto by Fujimoto Giichi
Scriptwriter: Fukasawa Masaki (Tokusou 9 Season 1, Face, Doctor Car)
Director: Ito Toshihiro
Cast: Dan Rei, Kuninaka Ryoko, Triendl Reina, Fujita Yumiko, Enoki Takaaki, Tezuka Toru, Nakamura Baijaku, Harada Taizo
Synopsis: Noguchi Shizuka (Dan Rei) and Takashi (Harada Taizo), who works for a major advertising agency, have been married for 10 years. Even though they have small arguments, the couple ignore petty gripes and focus on the simple pleasures. But one day, Shizuka is informed that Takashi died at a traditional Japanese inn in Hakone. He was supposed to have been on a business trip to Osaka. However, he had stayed overnight with Nagai Fumina (Kuninaka Ryoko), the proprietress of an exclusive club in Ginza, and both of them had taken sleeping pills in a double suicide. Fumina is the only one who survived the suicide attempt. This news comes as a huge shock to Shizuka who sinks to the depths of despair. As an added insult, Fumina shows up at Takashi’s funeral service while Shizuka is absent and leaves an ostentatious amount of 100,000 yen behind as condolence money. Shizuka is still feeling agitated when she receives another shock from Takashi’s boss Saeki Nobukatsu (Tezuka Toru). He claims that Takashi siphoned 80 million yen from the company for personal use and gave it to Fumina. Shizuka heads to Fumina’s club in the rain in order to confirm this. However, Saeki, who has designs on Shizuka, appears. He flies into a rage after she rejects him and shoves her onto the road. At that moment, a taxi comes to a sudden halt and someone alights from it. The person is none other than Fumina. Not seeming to realise that Shizuka is the wife of the man she had attempted suicide with, Fumina extends her hand to a drenched Shizuka. She brings Shizuka to the club and lends her a dress. “You poor thing in these shabby clothes.” “Come to my place anytime you want. I’ll help you.” These words of pity spoken by Fumina unexpectedly starts to stir jealousy in Shizuka’s heart. After that, Shizuka finds out that Takashi had made reservations at a restaurant where they have many precious memories, for their wedding anniversary. Shizuka is convinced that her reliable husband would not embezzle money much less commit suicide with someone else. She freely uses the 100,000 yen that Fumina had left as condolence money, changes her makeup and hairstyle and goes to Fumina’s club once again. After adopting a false identity “Shimura Minori”, she begins working as a hostess in order to get to the bottom of Takashi’s death. However, a magazine reporter Suzuta Yuichiro (Harada Taizo) who resembles her dead husband shows up and offers his assistance … …
Official Website: www.tv-asahi.co.jp/shitto

This blog contains information and musings on current and upcoming Japanese dramas but is not intended to be comprehensive.
View all posts by jadefrost →
This entry was posted in Summer 2020 Drama Specials, TV Asahi and tagged Dan Rei, Harada Taizo, Kuninaka Ryoko, Shitto. Bookmark the permalink.