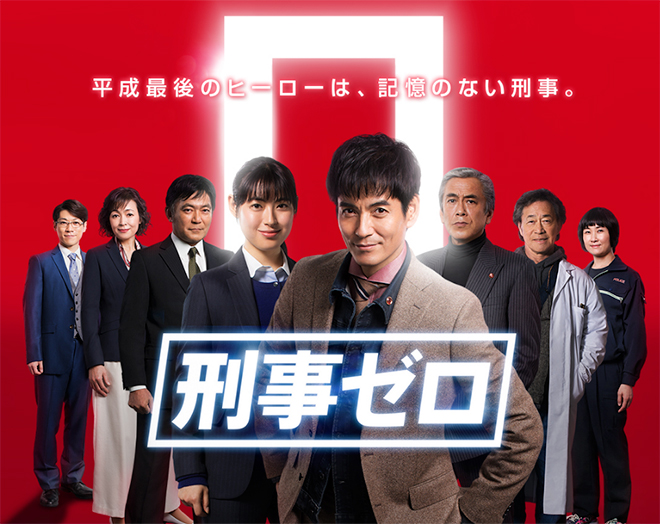 Date: From 9.00 p.m., 7 June 2020
Scriptwriter: Todayama Masashi (Keiji Zero Series, Ishi Tsubute, Specialist Series)
Director: Oikawa Takuro
Cast: Sawamura Ikki, Takimoto Miori, Terajima Susumu, Yokoyama Daisuke, Nekoze Tsubaki, Watanabe Ikkei, Zaizen Naomi, Takeda Tetsuya, Takaoka Saki (guest star), Minosuke (guest star), Yashiba Toshihiro (guest star), Kondo Koen (guest star), Dandy Sakano (guest star), Takei So (guest star)
Synopsis: Tokiya Rekihiko (Sawamura Ikki) and Sasou Tomoka (Takimoto Miori) from the Thirteenth Section at Kyoto Prefectural Police’s First Investigation Division happen to pass by the venue where popular romance writer Saga Shiori (Takaoka Saki) is holding a book signing event. Tokiya reminisces that she was his girlfriend during university days. Shiori also seems pleased to meet him again while Sasou has a wee bit of mixed feelings. Meanwhile, the dead body of Shinozaki Takenobu (Hyuga), an economic commentator, is found. After he was knocked out by a stun gun, he was slashed dead in the back by a sharp blade. However, a scrap of manuscript paper is weirdly discovered inside his mouth. The handwritten words “The first criminal is Kawakami Gensai” on the paper puzzle the members of the Thirteenth Section who have come to examine the murder scene. Kawakami Gensai was one of four imperial loyalists who carried out assassinations in Kyoto during the late Edo period towards the end of the Tokugawa shogunate. What does the reference to this historical figure mean? Right after that, Tokiya has a sudden and implausible image of himself playing an investigator pop into his head. The investigator Tokiya tells someone next to him, “These are a series of portrayed murders” But what exactly is this memory? Tokiya is confused. Segawa Hana (Nekoze Tsubaki) from the crime lab comes to inform Tokiya about something even more startling. The characters on the scrap of manuscript paper matches his handwriting. Why was his handwritten note taken out from the victim’s mouth? Tokiya is more confused than ever. Several days later, Sakaide Nakamitsu (Hannya), the developer of a matchmaking app, is murdered in the same manner. A paper with the words “The second criminal is Okada Izo” is found from his dead body as well. A shocked Tokiya gets a hint from his ex-wife Okuhata Noriko (Zaizen Naomi). According to Noriko, while working as a detective, he wrote the screenplay for a mystery movie 10 years ago at the request of Yamawaki Hitoshi (Minosuke), a movie director who was his good friend back in university. This means that the manuscript paper found from the dead body was indeed a part of the script that Tokiya wrote. Furthermore, Tokiya’s uncle Namatame Morio (Takeda Tetsuya) who is a doctor, ascertains after analysis that the image in Tokiya’s mind is what he pictured of the finished movie when he worked on the script. In other words, the screenplay that he visualised and has now come back as a memory. Learning that serial murders are taking place in the same way as the screenplay that he penned, a desperate Tokiya starts trying to locate the missing Yamawaki. However, he finds out that Shiori has joined Yamawaki’s production as a script supervisor … …!?
Official Website: www.tv-asahi.co.jp/keiji-0

This blog contains information and musings on current and upcoming Japanese dramas but is not intended to be comprehensive.
View all posts by jadefrost →
This entry was posted in Summer 2020 Drama Specials, TV Asahi and tagged Keiji Zero Series, Sawamura Ikki, Takimoto Miori, Terajima Susumu. Bookmark the permalink.