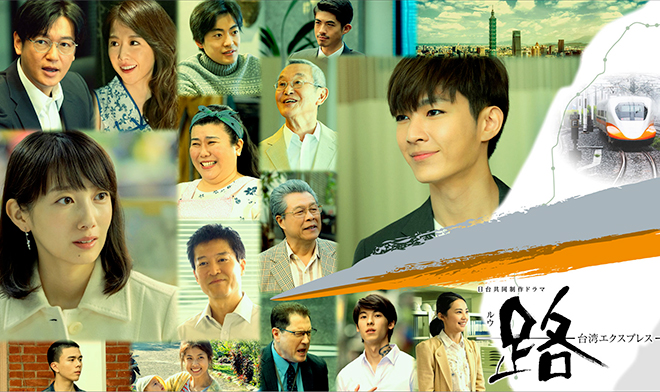 Story
On the last work day of 1999, loud excited cheers erupt in Oi & Co, a Tokyo trading company. Japan’s bullet train has secured preferential negotiating rights for Taiwan’s high speed rail rolling stock system in a major reversal. It is decided that Tada Haruka, an employee who has been with the company for four years, will be seconded to Taiwan for the project. Haruka has painful memories of her first visit to Taiwan one summer during her university days. She happened to make the acquaintance of a Taiwanese teenager called Eric and he gave her a tour of Taipei just for a day but could not be contacted after that. Haruka intended to find him but it was impossible and she suppressed her feelings for him. It has been six years since that day and she made herself a promise never to go to Taiwan again. However, Haruka has to set foot in that country once again as a member of the Taiwanese bullet train construction team this time.

Characters
Haru as Tada Haruka
An employee who has been with Oi & Co for four years. She is temporarily seconded to Taiwan as a member of the Taiwan’s high speed rail project.

Iura Arata as Anzai Makoto
Tada Haruka’s senior in Taiwan. He is in charge of technology coordination. He left his wife and child in Japan to work in Taiwan.

Daito Shunsuke as Ikegami Shigeyuki
Tada Haruka’s fiance. He works at a hotel in Nagoya.

Aaron Yan as Liu Ren Hao Eric
A young man whom Tada Haruka met when she first travelled to Taiwan during her university days. He now works for a Japanese design firm.

Anna Lee as Lin Fang Hui
Tada Haruka’s colleague. She has a cheerful personality and soon becomes a good friend whom Haruka spends her off days with.

This blog contains information and musings on current and upcoming Japanese dramas but is not intended to be comprehensive.
View all posts by jadefrost →
This entry was posted in NHK, Spring 2020 Dramas and tagged Haru, Iura Arata, Ru Taiwan Express. Bookmark the permalink.