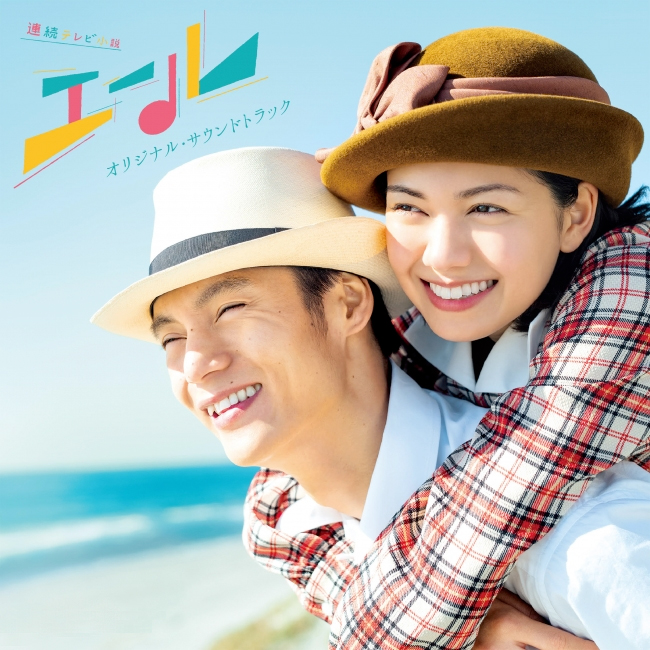 Story
During the Taisho era in 1909, a long-awaited baby boy was born to the Koyama family which has run a kimono shop for generations in Fukushima Prefecture. He would later become the talented composer Koyama Yuichi who wrote many famous songs. Although Yuichi was brought up as the heir of the business, he was a shy and timid boy who was easily bullied. In fact, he was rather dreamy and considered a child with no redeeming traits by the people around him. However, when Yuichi starts learning songwriting at the suggestion of his form teacher Todo Kiyoharu, it sparks joy and unleashes his hidden talent in composing music. One day, Murano Tetsuo, Yuichi’s childhood friend and the neighbourhood bully, visits to tell him about an international songwriting competition. Yuichi secretly puts his name down for the songwriting competition. This would change his destiny. He wins runner-up for the song he entered for the competition. As a result, he gets to know Sekiuchi Oto, a female student from Toyohashi. Oto has decided that she wants to be a singer after happening to see the opera singer Futaura Tamaki perform in a church. Despite the long distance between them – Fukushima and Toyohashi – the two of them tie the knot. When Yuichi and Oto come to Tokyo, they meet all sorts of people and weather a dark period to produce a number of hit songs. However, war breaks out and Yuichi has to compose wartime songs at the army’s request. It pains him to know that young men are dying in battles after singing the songs he wrote. After the war, the country begins to recover amid the chaos. The couple crete a new era of music in an attempt to encourage the wounded through the power of music.

Characters
Kubota Masataka as Koyama Yuichi
The eldest son of a family that has run a kimono shop for generations in Fukushima Prefecture. He was a timid boy who was easily bullied. But he shows his hidden talent when he comes across music and starts to learn songwriting on his own. He learns about the kimono trade because of the expectations placed on him as the son and heir. Although he works at the bank that his uncle runs, he cannot cut off the feelings he has for music. Meanwhile, he makes the acquaintance of Sekiuchi Oto who wants to be a singer and they start corresponding. He falls in love and finally decides to make a career in music together with her.

Nikaido Fumi as Sekiuchi Oto
The second of three daughters of the Sekiuchi family which manufactures and trades in horse harnesses in Toyohashi City. She dreams of standing on stage as a professional singer some day. She learns through the newspapers that a young man Koyama Yuichi who lives in Fukushima Prefecture has won a prize in a British songwriting competition and starts corresponding with him through letters. The two of the get married and she enrols in a music college to learn singing seriously. She believes in her husband’s talent more than anyone else. She gives him loud pep talks and pursues her dream to become a singer despite the various difficulties she encounters in that period.

Karasawa Toshiaki as Koyama Saburo
Koyama Yuichi’s father. The fourth generation owner of the kimono shop Kitaichi. He never thought that he would take over the family business because he was the third son. However, his two older brothers passed away and he ended up inheriting the shop.He wants his children to follow their own passion.

Kikuchi Momoko as Koyama Masa
Koyama Yuichi’s mother. She was born in Kawamata City which prospered because of the textile industry. She is caught between her older brother Mohei’s repeated demands to adopt one of her children and her husband Saburo’s desire to support Yuichi’s music career.

Mitsuishi Ken as Sekiuchi Yasutaka
Sekiuchi Oto’s father. He runs a company that primarily manufactures and sells horse harnesses to the military. He is a kind and good father to his three daughters Gin, Oto and Ume. He loves music and made his daughters learn all sorts of musical instruments. When Oto was 11 years old, he got involved in an accident while he was on a business trip and passed away.

Yakushimaru Hiroko as Sekiuchi Mitsuko
Sekiuchi Oto’s mother. She believed women should be independent in the new era and she wants to let her three daughters do what they like.

Shibasaki Kou as Futaura Tamaki
An opera singer who is active on the world stage and becomes the person who inspires Sekiuchi Oto to be a professional singer.

Kazama Morio as Kondo Mohei
Koyama Masa’s older brother. He is a businessman who runs a bank in Kawamata City, Fukushima Prefecture. He has no children and wants to adopt one of his sister’s two sons into his family.