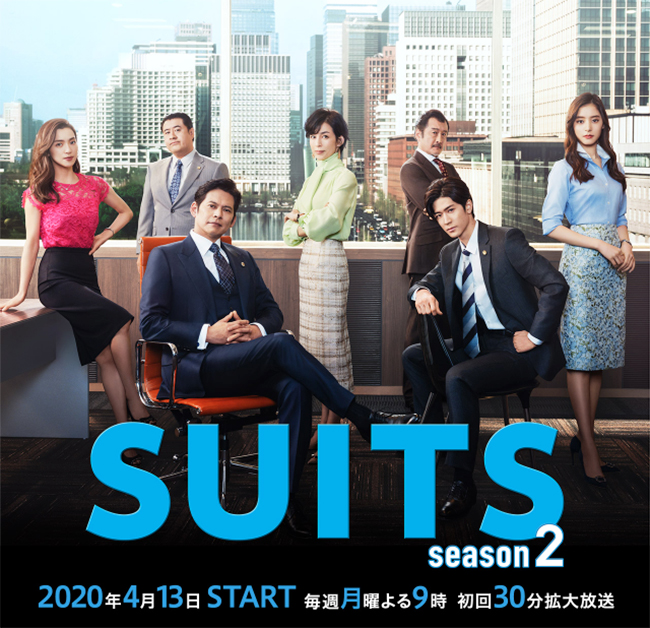 Story
Kai Shogo is a hotshot lawyer and a partner at Yukimura Uesugi, one of Japan’s four large law firms. One day, he suddenly recalls the associate Suzuki Daiki from Boston without consulting anyone. Not even Yukimura Chika who heads the firm. He puts Daiki in charge of a case, calling it rehabilitation for his comeback. The case involves a large publisher that has been sued by a former contract employee Yoshino Maho for plagiarising her ideas for a novel. Suzuki visits the bookstore where Maho is working part-time. He ends up sympathising with her situation and tries to negotiate for a settlement. On that same day, Kai is summoned by one of his clients, Mitsuya Satoshi, the CEO of FutureSky which develops technology for rockets and aircraft. Mitsuya tells Kai that he wants to sell off a newly-developed unmanned aircraft control system. As he intends to pursue an alliance with America’s largest space rocket development firm, he expects to integrate the aerospace business and invest the profits from the sale of this new system. Meanwhile, the unexpected happens. Uesugi Hitoshi, the joint head of Yukimura Uesugi whom Kai and Yukimura Chika had some dirt on and booted out of the law firm, makes his desire to return to Yukimura Uesugi known. This rocks the law firm and sets the stage for a new battle.

Characters
Oda Yuji as Kai Shogo
A senior partner at Yukimura Uesugi. He is a hotshot lawyer gunning to be the number two person in the law first. He may be outstanding and smart, but is also very arrogant and will even use methods that border on illegal in order to win. He will do whatever it takes to win. An elite among the elite. After graduating from Tokyo University, he studied in the US at Harvard University. He is mainly in charge of the lucrative cases such as corporate acquisitions, mergers and strategic alliances, and the law firm’s biggest earner.

Nakajima Yuto as Suzuki Daiki
A young man who forged his credentials and works together with Kai Shogo as his assistant following a chance encounter with him. He is a genius but sham lawyer who is sharp and has a photographic memory.

Araki Yuko as Hijirisawa Makoto
A paralegal who works for Yukimura Uesugi. Because her father is a capable lawyer, she aspired to be a lawyer as a child but failed the entrance exams for law school and developed a phobia of taking exams. As a result, she feels inferior to lawyers. Although she is cautious about office romances, she finds herself drawn to Suzuki Daiki’s charm.

Suzuki Honami as Yukimura Chika
The joint head of Yukimura Uesugi. She saved Kai Shogo when he was blocked in every direction during his days as a prosecutor and took him in as a lawyer. That is why she is the only person whom the proud Kai cannot say no to. She gives due recognition to all employees, loves the office like her family, and is ruthless in her treatment of anyone who tries to disrupt order.

Yoshida Kotaro as Uesugi Hitoshi
The joint head of Yukimura Uesugi. He is outstanding and modest in public and is a capable lawyer who has chalked up many achievements. However, he is a selfish and dangerous man who will stop at nothing to achieve his goals. Although he has taken extended leave because his wife is ill, his desire to come back to work is telling. His return is a matter that will threaten Kai Shogo and the law firm … …

This blog contains information and musings on current and upcoming Japanese dramas but is not intended to be comprehensive.
View all posts by jadefrost →
This entry was posted in Fuji TV, Spring 2020 Dramas and tagged Oda Yuji, Suits Series, Yoshida Kotaro. Bookmark the permalink.