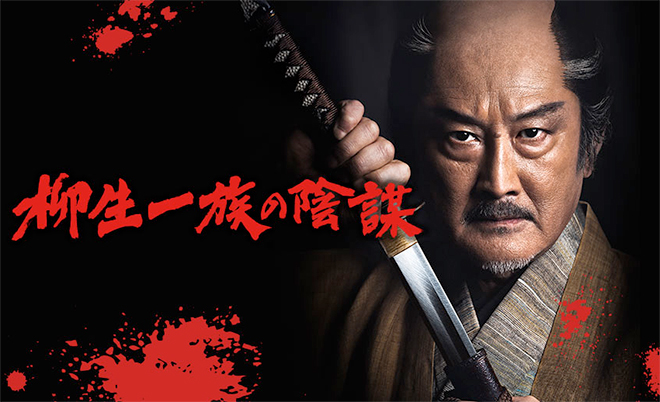 Date: From 9.00 p.m., 11 April 2020
Original Work: Yagyuu Ichizoku no Inbou by Nogami Tatsuo, Matsuda Hiroo, Fukasaku Kinji
Scriptwriter: Oishi Tetsuya (Shitsuji Saionji no Meisuiri Series, Kirawareru Yuuki, Scapegoat)
Director: Nishikata Yuki
Cast: Yoshida Kotaro, Mizobata Junpei, Okayama Amane, Iitoyo Marie, Morita Misato, Kaneda Akio, Yamada Jundai, Namioka Kazuki, Arai Atsushi, Takahashi Katsumi, Mimura Rie, Enoki Takaaki, Takuma Shin, Saito Yuki
Synopsis: The second shogun Tokugawa Hidetada dies suddenly, more than seven years after the Siege of Osaka. His death without a chosen successor rocks the Tokugawa establishment. It is kept under wraps and covered up by a group of officials as well as the inner palace. As Hidetada’s eldest son, Iemitsu (Okayama Amane) is supposed to succeed him as the third shogun. While there are no objections, a war of succession breaks out. Iemitsu’s biological mother Oeyo (Saito Yuki) loathes his dullness and dotes on her younger son Tadanaga (Arai Atsushi). Meanwhile, the voices of the officials around Doi Toshikatsu (Takuma Shin) clamouring that Tadanaga is better suited to be shogun begin to grow louder. Puzzled by the cause of Hidetada’s death, Doi uses ninjas in an attempt to examine Hidetada’s stomach. However, it is seized by someone who appears all of a sudden, and delivered to Yagyuu Munenori (Yoshida Kotaro), Iemitsu’s instructor in swordplay. Munenori determines through an autopsy that Hidetada died after he was drugged with arsenic. Pressed for an explanation by Munenori, Iemitsu’s page Matsudaira Nobutsuna (Yamada Jundai) and wet nurse Ofuku, later Kasuga no Tsubone (Mimura Rie), they confess to assassinating Hidetada, claiming that they were compelled to do so because the shogun was moving to disinherit Iemitsu. Munenori hatches a plot to install his disciple Iemitsu as the shogun. This splits the Tokugawa shogunate into factions supporting Iemitsu and Tadanaga. Not only the court but Munenori’s son Jubei (Mizobata Junpei) and clan get embroiled in this family feud. This is the beginning of a battle without honour … …
Official Website: www.nhk.jp/p/ts/EW9JPPKR8K

This blog contains information and musings on current and upcoming Japanese dramas but is not intended to be comprehensive.
View all posts by jadefrost →
This entry was posted in NHK, Spring 2020 Drama Specials and tagged Mimura, Mizobata Junpei, Yagyuu Ichizoku no Inbou, Yoshida Kotaro. Bookmark the permalink.