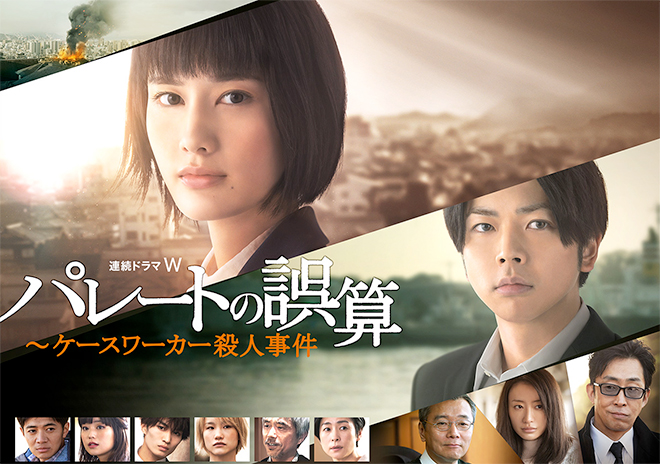 Story
Makino Satomi has been reluctantly working on contract for Tsugawa Municipal Office’s Welfare Division. One day, she is ordered to be a caseworker all of a sudden and this makes her feel uneasy. Yamakawa Toru, a veteran caseworker whom Satomi trusts, encouragingly tells her that it is a rewarding job. Together with a colleague called Onodera Junichi, Satomi starts making home visits to the people on welfare benefits despite her doubts. However, a few days later, Yamakawa’s body is later found in the ashes of a fire in an apartment building where many of such people live. Satomi is told by the detective Wakabayashi Eiichiro that there is a possibility Yamakawa’s death was murder. She cannot hide her shock. Why would this happen to someone so adored by the people he has helped? Together with Onodera, Satomi goes around visiting the people who lost their houses in the fire. She learns how much he was trusted but also starts to see his connection with suspicious characters including Kaneda, a ex-classmate of Satomi’s older brother, and the unusual length of time he spent with Anzai Yoshiko. As suspicions of Yamakawa’s possible involvement in something illegal grow, Satomi and Onodera begin to get entangled in the lives of various people over life insurance and the shadow of impropriety hanging over the town.

Characters
Hashimoto Ai as Makino Satomi
A new employee on contract with Tsugawa Municipal Office’s Welfare Division – a division that she originally did not wish to work for.

Kitamura Yukiya as Wakabayashi Eiichiro
A detective with Tsugawa Kita Police Precinct who closes in on the truth while persistently following Makino Satomi around.

This blog contains information and musings on current and upcoming Japanese dramas but is not intended to be comprehensive.
View all posts by jadefrost →
This entry was posted in Spring 2020 Dramas, WOWOW and tagged Hashimoto Ai, Kitamura Yukiya, Omi Toshinori, Pareto no Gosan. Bookmark the permalink.