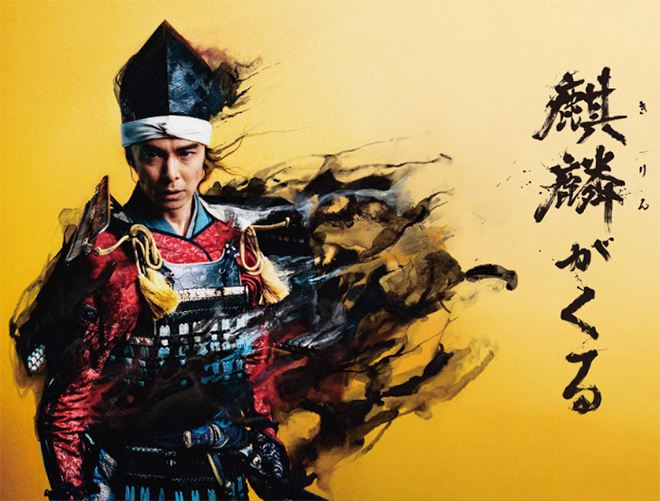 Story
After the Onin War, the world is plunged into chaos. Amid this situation, heroes of the warring states begin to emerge in an attempt to unify the country and rule in these turbulent times. In the mid-1540s, there is a lowly young wandering samurai in Mino which is strategically located between the East and West. His name is Akechi Mitsuhide. At this time, there is plenty of internal strife within the Toki clan which rules Mino. Surrounded by the Oda of Owari, the Imagawa of Suruga and the Asakura of Echizen, Mino has constantly faced the risk of invasion. Mitsuhide is pulled into battle and destroys the enemy. His bravery as well as stratagem catches the attention of Saito Toshimasa, the chief retainer of the Toki clan, and he is selected to be a retainer. This man who is also known as Saito Dosan will go on to take over the Toki and make Mino his own. Mitsuhide develops an interest in a firearm, which he had seen the chief of a group of bandits carry, when he was repelling them. Then he tries to find out what kind of weapon it is.

Characters
Hasegawa Hiroki as Akechi Mitsuhide
He was picked out by Saito Dosan, who controlled Mino, for his bravery and intellect even though he was born to the Akechi family which was lowly ranked, and becomes Dosan’s valued retainer. He was eventually forced to leave Mino when Dosan was defeated. But his encounter with Oda Nobunaga, who would become his lord for the latter half of his life, and would set his destiny in motion.

Kadowaki Mugi as Koma
A young lady whom Akechi Mitsuhide meets in Kyoto. She is the doctor Mochizuki Toan’s assistant. A war orphan who believes in the existence of the mythical unicorn.

Okamura Takashi as Kikumaru
A peasant of Mikawa whom Akechi Mitsuhide meets in Mino. He appears in unexpected places and at unexpected moments. Although it is hard to tell whether he is friend or foe, he constantly saves Mitsuhide from crises.

Kawaguchi Haruna as Kicho
Saito Dosan’s daughter with his legal wife Omi no Kata. She is related to Akechi Mitsuhide by marriage and they have also been acquainted since young. She becomes the wife of Oda Nobunaga through a political marriage.

Sakai Masaaki as Mochizuki Toan
A doctor who lives in Kyoto. Although he has fallen on hard times, he has amazing connections with the imperial court and the feudal lords of various states. He guides Akechi Mitsuhide for remainder of his life.

Kazama Shunsuke as Tokugawa Ieyasu
The founder of the Tokugawa shogunate. He was a hostage of the Oda of Owari and then the Imagawa of Suruga from his early years, experiencing a lonely childhood separated from his mother. He took part in the Battle of Okehazama on the side of the Imagawa but was defeated. He later breaks away from the Imagawa, and as the lord of Mikawa province, forms an alliance with Oda Nobunaga.

Yoshida Kotaro as Matsunaga Hisahide
A feudal warlord during the Warring States period whose power primarily extends over the immediate vicinity of Kyoto. He demonstrate military and political muscle. His violence and shrewdness has a big influence on the young Akechi Mitsuhide. He is one of the three great villains of the Warring States Period.

Motoki Masahiro as Saito Dosan
The acting military governor of Mino. Akechi Mitsuhide’s lord. Although his late father was a mere oil peddler, he aimed to steal the province of Mino and overthrew the Toki. He was a brilliant military strategist and had political cunning. He was also greatly obsessed with money.

Takahashi Katsunori as Oda Nobuhide
A rival of Saito Dosan and the father of Oda Nobunaga. A brave warlord of Owari who fought Dosan of Mino and the Imagawa of Suruga supported by substantial financial strength from his control of maritime trade.

Ito Hideaki as Saito Yoshitatsu
Saito Dosan’s son. His mother Miyoshino, was the favourite concubine of Toki Yoshinori, but became Saito Dosan’s concubine later on. He does not get on well with his father maybe because he is obsessed with the mystery of his own birth. He has been Akechi Mitsuhide’s friend since childhood.

Sasaki Kuranosuke as Tokichiro (Hideyoshi)
Akechi Mitsuhide’s lifelong rival. He was a peasant at the bottom of the social strata but distinguished himself as Oda Nobunaga’s retainer.