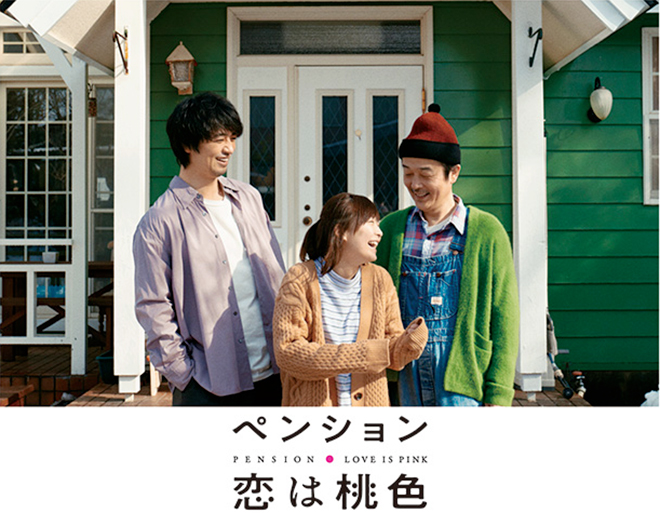 Story
Shiro is a middle-aged man who runs a rather forlorn old pension located way out in the outskirts of Tokyo. Called Koi wa Momoiro, it looks a little like a love hotel. Shiro enjoys teasing the female guests at the pension. He has a daughter Haru who has lost the use of her legs but she does not let that stop her from working efficiently and feels annoyed with her father who makes no attempt to increase the number of new guests. Shiro’s wife ran away from him and his father Kiyoshi, who lives in a home, has been thinking about Shiro’s future. A young man Yoshio, who ended up getting into an argument with his seniors at the workplace, settles in at the pension in an unexpected turn of events. With the addition of Yoshio, there are more workers at the pension. While there has not been much of an increase in new guests as always, there are changes in relationships. Even though Yoshio is handsome, he is socially awkward and people steer clear of him. At first, he does not want to get involved in Shiro’s personal affairs. However, he gradually gets tangled up in them. One day, a young woman says she wants to date Shiro and Shiro seems to show some interest, noting that she is young and busty. Her appearance causes chaos in the pension.

This blog contains information and musings on current and upcoming Japanese dramas but is not intended to be comprehensive.
View all posts by jadefrost →
This entry was posted in Fuji TV, Winter 2020 Dramas and tagged Lily Franky, Pension Koi wa Momoiro. Bookmark the permalink.