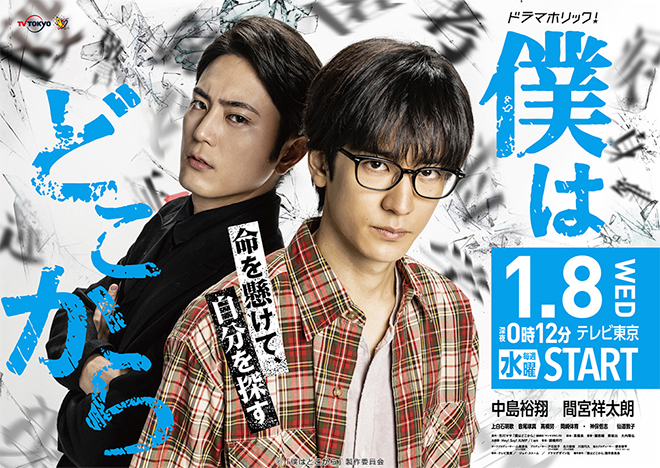 Story
Six months ago, Takeuchi Kaoru had aspired to be a writer. He has the special ability to copy the thoughts of other people as if he were personally immersed in them just by transcribing their writings. He takes care of his mother Yoko who suffers from dementia, while he concentrates his manuscripts. However, Kaoru’s novels are strikingly similar to the styles of the writers that he referenced and he gets harshly criticised each time he brings his manuscripts to publishing companies. He struggles with his dream and reality as he tries to take care of his mother. Then a tragedy happens when she gets into an accident. Kaoru can no longer find meaning in life, and even the cost of his mother’s hospitalisation is beyond him. Just as he sinks into despair, an ex-classmate Fujiwara Tomomi shows up. Tomomi who became the gang leader of Toguji-gumi’s Seijikai at the young age of 22, has received a request from his chairman Toguji Masatane that no one wants. He offers Kaoru a handsome reward if he takes an examination for the son of some family and gets him into a top university. But Kaoru gets swept up by something unexpected right before he manages to succeed.

Characters
Nakajima Yuto as Takeuchi Kaoru
A young man who aspires to be a writer. He is able to copy the thoughts of other people by transcribing text but his special ability is a big obstacle which prevents him from writing his own distinctive work. He lives with his mother who suffers from dementia.

Mamiya Shotaro as Fujiwara Tomomi
Takeuchi Kaoru ex-classmate. The youngest gang leader of Toguji-gumi’s Seijikai. He has know Kaoru since school days and has deep faith in his special ability.

Kamishiraishi Moka as Fujiwara Chika
Fujiwara Tomomi’s sister who is two years his junior. She idolises Tomomi who has been the only one to give her emotional support. She has an innocent cheerfulness but there are flashes of cold shadows sometimes.

Wakabayashi Gou as Toguji Masatane
The chairman of Toguji-gumi. He values Fujiwara Tomomi but also has a ruthless side.

Ending Theme
I Am by Hey! Say! JUMP

This blog contains information and musings on current and upcoming Japanese dramas but is not intended to be comprehensive.
View all posts by jadefrost →
This entry was posted in TV Tokyo, Winter 2020 Dramas and tagged Boku wa Doko kara. Bookmark the permalink.