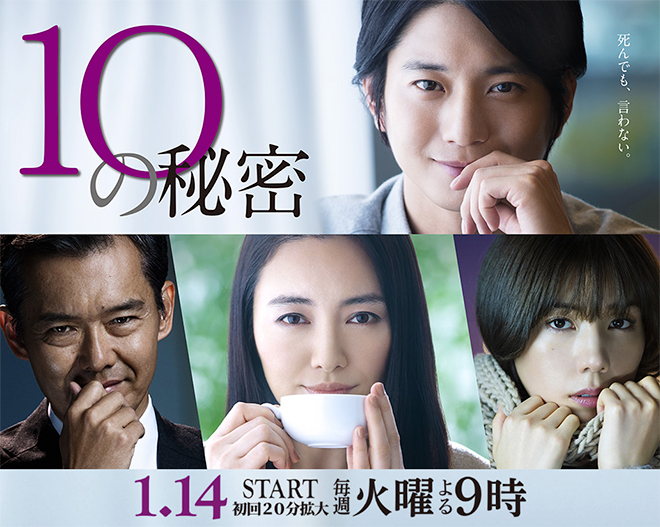 Story
Shirakawa Keita is a building certification inspector who lives with his 14-year-old daughter Hitomi. After his ambitious wife Yukiko notified him that she was filing for divorce and walked out nine years ago, Hitomi has been the only consideration in his life. Keita has established a relationship where he and Hitomi can talk about anything and Hitomi’s friends envy her. He is the ideal father that they want. Then one day, Keita receives a phone call implying that Hitomi has been kidnapped. All the caller says is, “I have your daughter. If you value her life, find your ex-wife in three days.” Keita only half believes it. But when he is not able to contact Hitomi, he gets anxious. He immediately determines Yukiko’s whereabouts but she suddenly resigned from the large law firm where she worked at several days ago and the man who was her boss is pressed for an explanation by a client called Utsunomiya Ryuji. As Keita searches for Hitomi, he discovers that even the daughter whom he thought he knew everything about, has been skipping school and club activities recently, and has even stopped going cram school. Keita is terribly upset. But Hitomi has another astounding secret … … Keita’s childhood friend Ishikawa Nanako notices that he is behaving strangely. He tells her what has happened so far and they go to the police as a man watches them from the shadows. Keita is soon convinced that Yukiko is the key to rescuing Hitomi and rushes to the upscale apartment where she lives. He meets Yukiko’s client and lover Ryuji again. He is given a tour of the apartment which does not seem to have been lived-in and learns about the unbelievable secret behind his ex-wife’s glamorous lifestyle.

Characters
Mukai Osamu as Shirakawa Keita
A building certification inspector who lives with his 14-year-old daughter Hitomi. When he was young, he aspired to be an architect and got a job at an architect firm. He obtained qualifications as a first-class architect and this increased his opportunities to design projects. However, some incident caused his relationship with his wife Yukiko to sour. She broached divorced and he became a single father. In order to look after Hitomi by himself, he quit the architect firm. After he found employment at a building inspection company, he has been inspecting the construction sites of home and apartment buildings. He puts his daughter first and has established a good relationship where they can talk about everything. Hitomi’s friends envy her for having the ideal father. He has a secret – 10 years ago, he brought Yukiko to a graveyard and made a vow.

Nakama Yukie as Sendai Yukiko
Shirakawa Keita’s ex-wife. The legal counsel of Teito Construction, a major construction company. She grew up almost neglected by her mother who was a single mother. She worked hard and climbed her way out of poverty. Although she had a daughter Hitomi with Keita, she left the divorce papers and moved out because she wanted to focus on work. She has shared a 10-year secret with Keita that she promised not to disclose to anyone.

Yamada Anna as Shirakawa Hitomi
Shirakawa Keita and Sendai Yukiko’s only daughter. She loves the violin and belongs to her junior high school’s orchestra. She wants to study in a music college. Although she is envied for her relationship with her father, she has a secret that she cannot tell him.

Matsumura Hokuto as Date Tsubasa
Shirakawa Hitomi’s music partner who is a student at a music college. He is like an older brother who understands her feelings. He works part-time at a jazz bar where he plays the piano. He has a secret that will greatly influence the story.

Naka Riisa as Ishikawa Nanako
A nursery school teacher who lives near Shirakawa Keita’s house. Because her mother and Keita’s mother are friends, they are like siblings who have been in and out of each other’s houses since childhood. She is caring by nature and is well-regarded at the nursery school. No one around her realises that she actually has a terrible secret.

Watabe Atsuro as Utsunomiya Ryuji
The head of Teito Construction’s business strategy office. An extremely ambitious man who obeys the CEO Naganuma Yutaka. He is interested in the ambitious Sendai Yukiko and the two of them became lovers because they accept each other. He is searching for the missing Yukiko regarding some company secret.

This blog contains information and musings on current and upcoming Japanese dramas but is not intended to be comprehensive.
View all posts by jadefrost →
This entry was posted in Fuji TV, Winter 2020 Dramas and tagged 10 no Himitsu, Mukai Osamu, Naka Riisa, Nakama Yukie, Sano Shiro, Watabe Atsuro. Bookmark the permalink.

1 Response to 10 no Himitsu