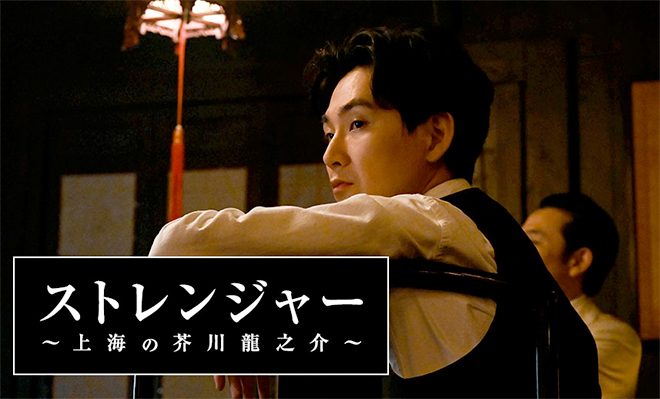 Date: From 9.00 p.m., 30 December 2019
Scriptwriter: Watanabe Aya (Long Goodbye, Carnation)
Original Work: Shanghai Yuuki by Akutagawa Ryunosuke
Cast: Matsuda Ryuhei, Okabe Takashi, Nakamura Yuri, Nao, Jin Shijia
Synopsis: In 1921, 29-year-old Akutagawa Ryunosuke goes to Shanghai in China as a special correspondent for Osaka Mainichi Shimbun. The city should be paradise to Akutagawa who has been into Chinese classics like Journey to the West since his childhood. However, at this time, China is in the midst of a major turmoil. 10 years after the revolution that toppled the Qing dynasty and led to the establishment of the Republic of China, the wave of modernisation and division of the country among warlords roiled society. Shanghai itself had been carved into autonomous concessions by Western European countries and Japan that controlled their respective concessions as they liked while the people suffer abject poverty. Although Akutagawa feels a sense of despair at the gap between the ideal and reality, he befriended working men, and women in the city’s brothels, living in Shanghai while covering the revolution in Shanghai … … Akutagawa’s name has become synonymous with Japanese literature and he is known for his masterpiece Rashomon.
Official Website: www4.nhk.or.jp/P6059

This blog contains information and musings on current and upcoming Japanese dramas but is not intended to be comprehensive.
View all posts by jadefrost →
This entry was posted in NHK, Winter 2020 Drama Specials and tagged Matsuda Ryuhei, Stranger. Bookmark the permalink.