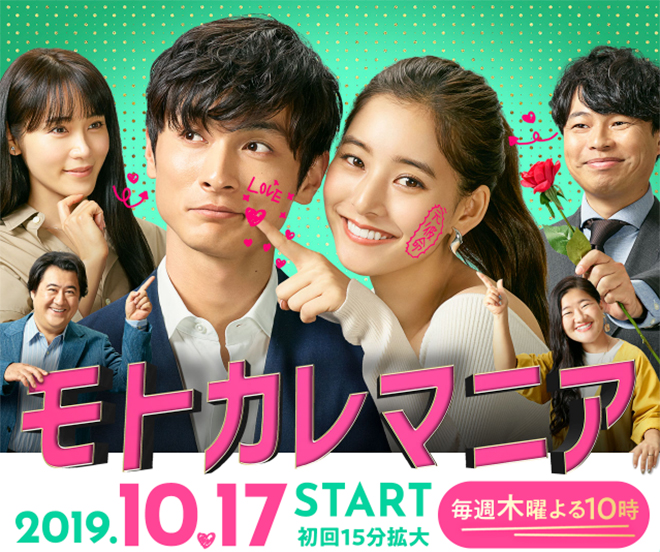 Story
27-year-old Nanba Yurika is currently unemployed. She is neither unattractive nor a poor communicator. Nevertheless, her romantic relationships have not gone well. The reason for that is her ex-boyfriend Saito Makoto, who vanished after the two of them broke up five years ago. He was the first guy that she ever had a relationship with. For Yurika, her first love somehow went too smoothly. But at that time, she did not treasure it and dumped Makoto due to trivial differences in their lifestyles after she started working. After a string of failed relationships with men who were scumbags, Yurika begins to reminisce her past romance with Makoto and comes to the realisation that her happiest moments were spending time with him. With her unemployment benefits as well as her apartment lease due to run out, Yurika goes for an interview at Tyrolean Real Estate. Pressured by Yurika’s aggressiveness, Ando Ichiro, the boss of the company, decides to hire her on probation. Yurika is put in charge of her first client Yamashita Akio, a salaryman at a leading food company who has relocated to Tokyo from Hokkaido. Meanwhile, she meets a colleague who had been on a business trip to Osaka, and discovers that it is Makoto. Everything begins to change and he stirs up Yurika with his words and actions without realising.

Characters
Araki Yuko as Nanba Yurika
She cannot forget her ex-boyfriend whom she nicknamed Makochi. She loves him so much that she looks up his name on social media every morning, has imaginary conversations with him and looks ecstatic when she finds faint similarities in the men she meets for the first time through the “ex-boyfriend scouter” that she activated. She cares about her appearance and is in no way inferior to the women around her. But she has not had a smooth romance.

Kora Kengo as Saito Makoto
A handsome single guy who works for a real estate company. He often appears his ex-girlfriend Nanba Yurika’s fantasies and has given her huge emotional support. After they broke up five years ago, he disappeared but they meet again as colleagues at the real estate company where Yurika works. He is too direct and unconsciously sways Yukari’s heart with his behaviour. There is something elusive about him.

Hamano Kenta as Yamashita Akio
A salaryman with a promising career at a large food manufacturer. Because he likes to try the food at restaurants, he enjoys using Tabelog to search for places with good food and posting reviews. Although he is kind and sincere, he is inexperienced in romance. He is afraid of getting hurt and also hurting other people. He becomes Nanba Yurika’s first client and tries to propose that they date but … …

Tanaka Minami as Kurusu Mugi
A community radio personality. She loves her hometown of Hokkaido and takes pride in her job. She is unable to express her feelings and is easily misunderstood by the people around her. However, she wants to push forward and realise her dream even if she gets misunderstood. She does not mind what others think. But for that reason, she wavers between her career goals and love … …

Yoshiko as Suo Hiromi
Nanba Yurika’s good friend from university days. A manicurist. She worries about Yurika and gives her advice. Although she seems meddlesome at times, her actions are only driven by her desire for Yurika to be happy.

Yamaguchi Sayaka as Marunouchi Sakura
The author of the romance novel Ganbaranakutemo, Soba ni Ite that Nanba Yurika enjoys reading. The source of inspiration for her distinctively bittersweet, heartrending and delicate portrayal of romance are her memories with her ex-boyfriend. Like Yurika, she is still really into her ex-boyfriend. Her instinct for self-preservation is too strong, and this makes her very combative towards the people around her. But there are occasional glimpses of her loveliness.

This blog contains information and musings on current and upcoming Japanese dramas but is not intended to be comprehensive.
View all posts by jadefrost →
This entry was posted in Fall 2019 Dramas, Fuji TV and tagged Araki Yuko, Hamano Kenta, Kora Kengo, Motokare Mania, Yamaguchi Sayaka. Bookmark the permalink.