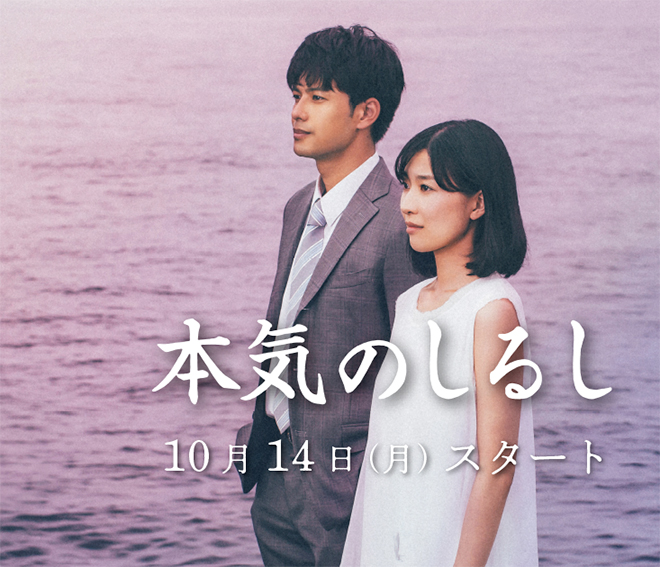 Story
30-year-old Tsuji Kazumichi is an employee of a small trading company who has been drifting through daily life to ward off the sense of emptiness that he feels. Although he is friendly, he is actually lukewarm about everything and two-times his colleagues in the workplace. One day, Tsuji encounters a woman called Hayama Ukiyo at a convenience store. Ukiyo is a dangerous woman who leads men down the path of destruction without even realising it. She turns out to be a whole lot of trouble even after Tsuji saves her life when her car stalls at a railway crossing. She lies when cornered, behaves irresponsibly with money and human relationships and carries a driver’s licence with a fake address. Against his better judgement, Tsuji’s relationship with her deepens as if their destinies are entangled … …

Characters
Morisaki Win as Tsuji Kazumichi
A salaryman who works for a publicly traded company. He is good at his job and sociable but he is lukewarm about everything deep down. He is neither good at endearing himself to other people nor developing feelings for others, and has never truly been in love. However, he continues to let his romantic relationships run their course as he two-times his colleagues Hosokawa Naoko and Fujitani Minako. He gets into trouble and bogged down after meeting Hayama Ukiyo.

Tsuchimura Kaho as Hayama Ukiyo
A woman with a mysterious charm. She lies when she is backed into a corner and ends up digging herself deeper into a hole. She also has a lot of trouble in her relationships with men because she unwittingly makes remarks that bait them. She gets involved with Tsuji Kazumichi after he saves her when her car engine stalls while at a railway crossing.

Uno Shohei as Hayama Sho
A man who has been stalking Hayama Ukiyo. He is a coward. He also harasses Tsuji Kazumichi because of Tsuji’s involvement with Ukiyo.

Ishibashi Kei as Hosokawa Naoko
Tsuji Kazumichi’s senior at work. She has had an ambiguous relationship with Tsuji for years. Although she knows about his relationship with a junior called Fujitani Minako, she pretends not to care.

Oshinari Shugo as Mineuchi Daisuke
The young CEO of a fast-growing IT company. He tries to recruit Tsuji Kazumichi.

Kitamura Yukiya as Wakita Shinichi
A gangster who pursues Hayama Ukiyo to repay her debt. He is amused by Tsuji Kazumichi who gets involved with Ukiyo despite the trouble he keeps running into, and shows up in front of them at every opportunity.

This blog contains information and musings on current and upcoming Japanese dramas but is not intended to be comprehensive.
View all posts by jadefrost →
This entry was posted in Fall 2019 Dramas and tagged Honki no Shirushi. Bookmark the permalink.