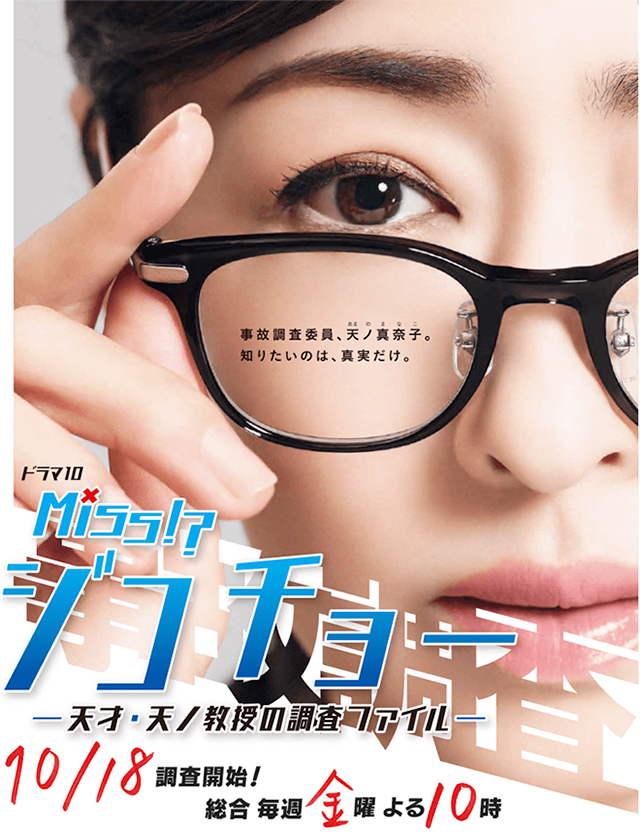 Story
Amano Manako is a professor at a top university’s faculty of engineering. She is researching the science of failure. Her studies are not to examine the responsibility for failure, but to determine direct, situational and social factors, and turn it into knowledge to help prevent a recurrence. There are always some mistakes in the various types of accidents that occur daily and accident investigation is the best fieldwork for Manako. This activity goes beyond the boundaries of engineering such as corporate fraud and malpractice, and she follows wherever her curiosity takes her. Her conviction is that “Growth and progress always accompany failure”. Manako loves mistakes and because her eyes sparkle at stories of failure, this irritates other people. However, she is able to arrive at the truth of an accident through the database of failures from all ages and cultures that she has internalised. She is a highly respected engineer and often gets invited to accident investigation commissions. One day, there is an explosion at a chemical plant. Manako, together with her assistant Notsuda Tomo, set out to determine the cause of the incident as accident investigators. From a cursory inspection, it seems to be an accident due to an employee’s oversight but the complicated truth is exposed by Manako.

Characters
Matsuyuki Yasuko as Amano Manako
A professor at a Tokyo Daichi University’s faculty of engineering, she has been active overseas for a long time. She advocates studying the science of failure and chooses to participate in accident investigations. She breaks rules and is a self-centred person.

Horii Arata as Notsuda Tomo
Amano Manako’s assistant who participates in accident investigations and is always at her beck and call. He used to work at an electric appliance manufacturer.

Sudo Risa as Tsujitome Shiho
Amano Manako’s secretary. She handles accounting and administration duties in Manako’s office. She is a former engineer and also Manako’s close friend from a long time ago.

Yo Kimiko as Nagumo Kiriko
Amano Manako’s mother who is the head of the National Engineering Innovation Centre, and an engineer who represents Japan. She divorced her husband after giving birth to Manako. She lives for her work and did not bring up her daughter.

This blog contains information and musings on current and upcoming Japanese dramas but is not intended to be comprehensive.
View all posts by jadefrost →
This entry was posted in Fall 2019 Dramas, NHK and tagged Matsuyuki Yasuko, Miss Jikocho, Yo Kimiko. Bookmark the permalink.