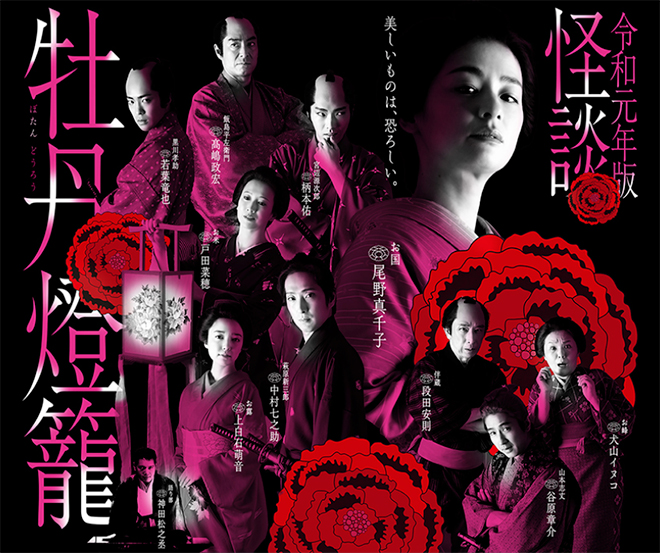 Story
In 1743 during the Kanpo era, a drunken wandering samurai picks a quarrel with a young Iijima Heitaro, a vassal known for his swordsmanship, at a sword dealer. Heitaro slashes the man to death with a sword in an act of youthful indiscretion. Although the Shogunate government rules that he is not guilty, this incident sets everything in motion. 20 years later, Heitaro has become the head of the family and taken the name Heizaemon. He has a lovely daughter, Otsuyu but his wife died from illness at a young age. His wife’s maid Okuni eventually manages the household on her own and holds power after becoming Heizaemon’s lover. One day, a strapping young man Kurokawa Kosuke comes and asks to serve the family. In fact, Kosuke and Heizaemon are bound by a strange fate. The young man Kosuke is actually the son of the wandering samurai whom Heizaemon killed years ago … … Meanwhile, Otsuyu has made her father feel embarrassed due to her persistent refusal of marriage proposals. She is introduced to the handsome wandering samurai Hagiwara Shinzaburo by the doctor Yamamoto Shijo and falls in love. But this is a forbidden romance due to their different social status. Heizaemon comes to a decision as he trains Kosuke. Okuni has become involved with Miyabe Genjiro who is the neighbour’s second son and a lowlife. Of all things, she is plotting to kill Heizaemon and take over the Iijimas with a forged will. However, Kosuke overhears this scheme. On the other hand, Otsuyu is confined to her bed with an illness. She is able to get a glimpse of Shinzaburo thanks to Shijo. After that, she dies pining of love. Shinzaburo cannot believe Otsuyu is dead. One night, the clip-clop sounds of wooden clogs echo as two woman carrying a beautiful lantern visit him. The Otsuyu that Shinzaburo’s manservant Tomozo sees is a frightening ghost. A high priest warns Shinzaburo that he will be possessed and killed if this goes on. Talismans are pasted at all entrances of his house and the sutra is chanted to keep ghosts away. However, Otsuyu and her maid Okome want to see Shinzaburo no matter what it takes and they ask Tomozo and his wife Omine to tear off the talismans. The greedy Omine will not listen to the request unless she gets a reward that will leave her better off. And Okome proposes to give 100 ryo next night. Blinded by greed, the couple peel off the talismans. In the meantime, Okuni prepares a forged will for Genjiro to take over the Iijima household and is about to carry out her plan to kill Heizaemon … …

This blog contains information and musings on current and upcoming Japanese dramas but is not intended to be comprehensive.
View all posts by jadefrost →
This entry was posted in Fall 2019 Dramas, NHK and tagged Emoto Tasuku, Kaidan Botan Doro, Ono Machiko, Tanihara Shosuke. Bookmark the permalink.