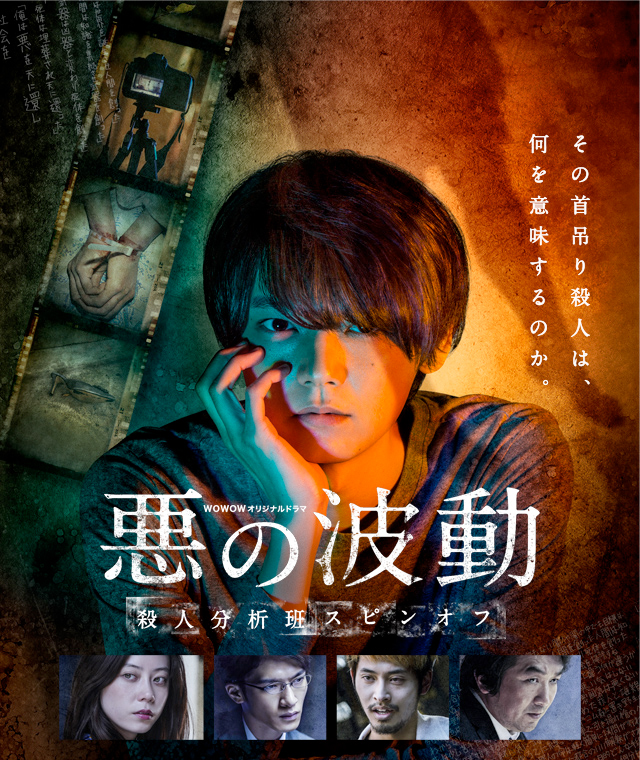 Story
In 2014, a series of murders targeting women takes place in Kawasaki City. All the victims have been killed as if they had hanged and these are dubbed the “Hanging Murders” in public. The police investigation runs into difficulties without clues on the murderer. However, Detective Iguchi Tomokazu from the Kanagawa Prefectural Police’s First Investigation Division, has his eye on a man whom he suspects to kill for pleasure. This man is Nogi Naoya who lives in an old apartment. Nogi is actually Yaginuma Masato, the victim in the sensational Akishima mother and son kidnapping case. When he was 6 years old, he was kidnapped with his mother and was found near death. He lies about his identity, erases his traces in public and lives as if he is holding his breath. However, the police increasingly suspect him. Meanwhile, Nogi reaches out to Asada Yoshika who lives next door. The two of them grew up in less fortunate circumstances and seem to connect with each other. He gets her involved as he tries to escape the police dragnet but comes to realise some facts. What is his true motive?

Characters
Furukawa Yuki as Nogi Naoya/Yaginuma Masato
He was kidnapped with his mother at the age of 6 and witnessed his mother’s murder. He pushed his father who was involved in the kidnapping off the rooftop of an apartment building and killed him. He lives with a false identity and is suspected to be the criminal behind the “Hanging Murders” in Kawasaki.

Ikeda Tetsuhiro as Iguchi Tomokazu
A detective with the Kanagawa Prefectural Police’s First Investigation Division. He has a hands-on approach and suspects Nogi Naoya.

Sumire as Asada Yoshika
A neighbour who lives in the same apartment building as Nogi Naoya. When she lived in Shizuoka Prefecture, she attended the same junior high school with Yaginuma Masato before he changed his name to Nogi.

Hirano Kinari as Asada Tsuyoshi
Asada Yoshika’s older brother by a different mother. He pesters Yoshika for money. He is an unfeeling guy who gets violent if he does not get his way.

Kimura Fumino as Kisaragi Toko
A detective from the Eleventh Section of Tokyo Metropolitan Police Department’s First Investigative Division. She takes on the case of the serial murderer Tremi that will later rock the whole country.

This blog contains information and musings on current and upcoming Japanese dramas but is not intended to be comprehensive.
View all posts by jadefrost →
This entry was posted in Fall 2019 Dramas, WOWOW and tagged Aku no Hadou, Furukawa Yuki, Kimura Fumino, Satsujin Bunseki-han Series. Bookmark the permalink.