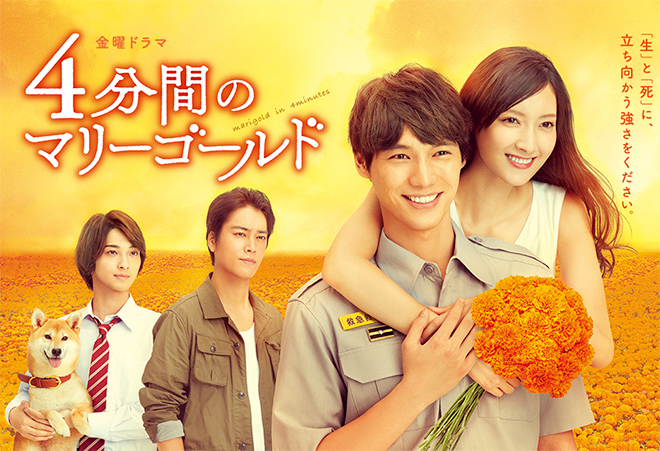 Story
25-year-old Hanamaki Mikoto is a paramedic with the special ability to see the final moments of the person whose hand is placed in his. The visions he has had so far have all come true despite him trying all he can for these patients. One day, Mikoto performs cardiopulmonary resuscitation on an elderly man who had collapsed from a heart attack in his apartment – the same condition that had caused the death of his own father. He instinctively places his hand together with the man’s hand and ends up seeing the man before and after he dies. Wanting to change the man’s fate, Mikoto tries a different procedure from the one in his vision. Then the man regains consciousness and escapes death. Mikoto is excited that he could change the fate of someone destined to die for the first time. However, several weeks later, he visits the same man’s apartment in response to a request for emergency help … … Mikoto struggles with this dilemma of helplessness despite his desire to save people. Even so, he remains committed to saving lives. He gets along with his step sister and brothers Sara, Ren and Ai who became his siblings after his father remarried. Although Mikoto behaves normally in front of the family, he has feelings that he cannot tell anyone. He is in love with Sara. While they are not related by blood, she is his sister in the family register. He tries hard to suppress his feelings for her but it grows day by day. At one time, he ends up seeing that Sara would die on her 28th birthday. Wishing for her happiness, Mikoto desperately considers how to save her life. Even though the visions he has had so far have all come true, can he change this cruel destiny precisely because he has this special ability? As Mikoto tries to do so, he gets overwhelmed by his feelings for Sara which he has kept to himself.

Characters
Fukushi Sota as Hanamaki Mikoto
A paramedic who has worked for the First Emergency Response Unit of Yokohama City Fire Bureau’s Sakurazaka branch. He has the special ability to see the final moments of the person whose hand is in his. Because his visions always come true, he finds this unbearable as a paramedic. His mother died of illness when he was a child. His father remarried when he 9 years old, but died a year later. He lives with his three step siblings since his step mother is hardly around. He has had feelings for his step sister Sara since he was a boy. But one day, he learns that she will only live until her 28th birthday.

Nanao as Hanamaki Sara
Hanamaki Mikoto’s older step sister. She has a innocent nature and is like the sunshine to the family. As an artist, she not only conducts art classes for seniors at a local culture school, she also opens up her studio at home and teaches the children in the neighbourhood to draw pictures. She likes to eat and her motto is “There’s always room for sweets”. She loves marigold flowers.

Kiritani Kenta as Hanamaki Ren
Hanamaki Mikoto’s older step brother. He was a delinquent but is now a security officer. There are times when he sounds harsh due to his blunt way of speaking. However, he is actually a very kind-hearted person. He looks fierce but cares about the family more than anyone else. He is like a surrogate parent to Mikoto and the other siblings, and will always help them when they are in trouble. Although there was a girlfriend he considered marrying in his 20s, he chose to break up with her because of his younger siblings. He likes mixed martial arts and frequents the gym.

Yokohama Ryusei as Hanamaki Ai
Hanamaki Mikoto’s younger step brother. A third year high school student. He is in charge of daily meals at home. Everyone loves the food that he prepares. Dessert after meals changes according to his mood. Although he is fed up with his sister Sara’s love of cats, he tolerates it because she is the only one who will come along with him to try food at various restaurants. He is the most rational of the siblings. While he may seem cool, he also behaves like the youngest child. He does not hang out much with his classmates and likes to be on his own in school. He is a sensitive guy.

Aso Yumi as Hanamaki Rizu
Hanamaki Mikoto’s step mother. The biological mother of Ren, Sara and Ai. A photographer who is based overseas. She was in Japan when the children were small but she gradually entrusted the family to Ren and travelled around overseas. Although she loves them, there are photos she wants to take and she sees a commercial opportunity in doing this. She is a sincere person and speaks to them as equals.

This blog contains information and musings on current and upcoming Japanese dramas but is not intended to be comprehensive.
View all posts by jadefrost →
This entry was posted in Fall 2019 Dramas, TBS/MBS and tagged 4-punkan no Marigold, Aso Yumi, Kiritani Kenta. Bookmark the permalink.