Posted on September 7, 2019 by jadefrost 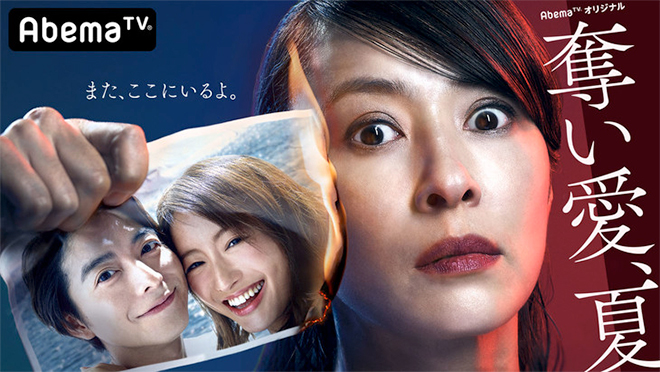 Story
Kiriyama Tsubaki works for the public relations department of matchmaking app service Love Next. He is in love with Sorano Anne in the same team, and the two of them start dating after he agrees to her condition to keep their relationship a secret in office. Tsubaki’s family runs a traditional Japanese-style confection shop at Nihonbashi. However, his father is 100 million yen in debt and they are now stuck with the shop. One night while Tsubaki is walking on the street alone, Hanazono Sakura, the CEO of Love Next, shows up and he gets kissed all of a sudden. Sakura declares that she is great at business and at kissing, and orders him to come to her office the next day. When Tsubaki visits the CEO office, Sakura makes a shocking proposal to him, “Marry me for 1 million yen!” Tsubaki gets married to her, but he is unable to break off his relationship with Anne and they continue to have secret dates in the apartment that he has vacated. He has only confided in his colleague, Kang Yungu, from the Public Relations Department that he and Anne are dating. Although Tsubaki manages to evade Sakura’s persistent monitoring, Sakura gets wind of this and begins to take drastic action.

Characters
Mizuno Miki as Hanazono Sakura
The 42-year-old female CEO of Love Next, the matchmaking app company for people in their 40s. It has annual sales of 10 billion yen. She searches for a man who fits her requirements in order to boost the company’s image, and will stop at nothing to achieve her goals.

Koike Teppei as Kiriyama Tsubaki
A handsome employee who used to be an amateur magazine model and currently works at Love Next’s Public Relations Department. His parents run a traditional Japanese-style confection shop which is facing financial difficulties. He has a delightful personality and is trusted within the company.

Matsumoto Marika as Sorano Anne
A beautiful lady works at Love Next’s Public Relations Department. She and Kiriyama Tsubaki are secretly having an office romance. She is pure and innocent and liked by everyone.

Kote Shinya as Tsukushi Hajime
The secretary of Love Next’s CEO Hanazono Sakura. He is an extreme masochist who was picked up from the garbage dump by Sakura. He is active behind the scenes for Sakura’s sake in order to get “rewards”.

Tanaka Minami as Igawa Hitomi
An employee who works at Love Next’s Public Relations Department. Sorano Anne’s colleague and good friend. A fad follower, she is well-informed about company matters and romance, and is Anne’s confidant.

This blog contains information and musings on current and upcoming Japanese dramas but is not intended to be comprehensive.
View all posts by jadefrost →
This entry was posted in AbemaTV, Summer 2019 Dramas and tagged Koike Teppei, Mizuno Miki, Ubai Ai Natsu. Bookmark the permalink.