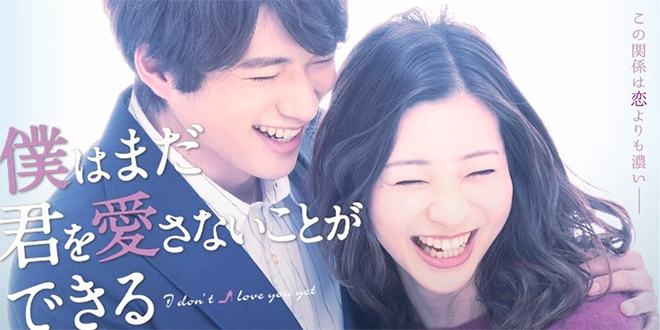 Story
Mitari Yo is a career woman who works for a shoe maker. She finds her work rewarding and has successfully advanced in her career. But she keeps having her heart broken and her romantic life has not gone very well lately. Ishida Ren works for a developer and is Yo’s best friend. An ex-classmate from both high school and university days, he understands her the best and is the only person she pours her heart out to. On Yo’s 29th birthday, the two friends place a wager to give 300,000 yen as a congratulatory gift to the one who is the first to get married by the last day they are 30. Yo begins looking for a husband through a online dating app. However, the people she meets are all even though they are not bad. A friend tells her about a shrine that will give her better luck in love. She goes there with Ren and they have a good time. Although they declare that it is impossible for them to fall in love with each other, this wager as well as advances by Kawano Maki, Ren’s junior in the company and Yo’s reunion with her ex-boyfriend Mizusawa Ryusei lead to gradual changes in the relationship of these two best friends.

Characters
Adachi Rika as Mitari Yo
She works for the product development department of a shoemaker called Diana. She loves her job which she finds rewarding. However, her romantic life has not gone very well and she has distanced herself from romance. She has a strong sense of justice and even though she is a hardworking person who does not make a compromise easily, she also has a good-natured side. Ishida Ren, her childhood friend since high school, is her best friend and the person who understands her the best.

Shirasu Jin as Ishida Ren
Mitari Yo’s childhood friend. He works for the town management division of a developer called Serizawa Estate that is engaging in urban redevelopment. He is popular because he is kind and shows consideration for everyone. However, he broke up with a number of the girlfriends he dated so far because he is too close to Yo. Although he has feelings for Yo, he watches over her as a good friend. Back in high school, he declared to Yo that he would never like her but what did he really mean?

Asaka Kodai as Mizusawa Ryusei
Mitari Yo’s ex-boyfriend. He gave into despair when his start-up failed five years ago and he went missing all of a sudden. Now he reappears in Yo’s life again after becoming the CEO of a venture firm and urges reconciliation.

Matsumoto Kiyo as Kawano Maki
Ishida Ren’s subordinate at work. A temporary employee. She is naive and good at acting cute. She considers Ren ideal husband material and aggressively pursues him.

Sakuma Yu as Narumi Yu
Mitari Yo’s assistant at work. A handsome young man who is genial and ambitious. He quickly closes in on Yo with perfect attentiveness.

Original Work
In Time with You by Mag Hsu

This blog contains information and musings on current and upcoming Japanese dramas but is not intended to be comprehensive.
View all posts by jadefrost →
This entry was posted in Fuji TV, Summer 2019 Dramas and tagged Adachi Rika, Boku wa Mada Kimi o Aisanai Koto ga Dekiru. Bookmark the permalink.