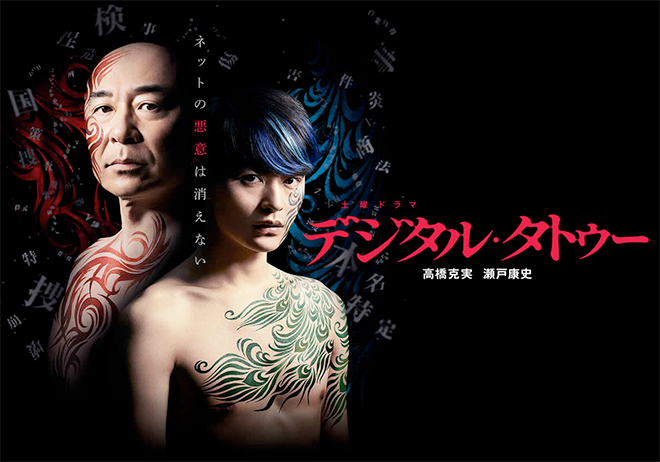 Story
Iwai Kentaro was a prosecutor with the Tokyo District Public Prosecutors Office’s Special Investigation Department. A graft case that he pursued ended with the suicide of politician Ito Hidemitsu’s secretary. He quit in despair and became a lawyer. One day, a young man called Taiga visits Iwai. He is a popular YouTuber who makes tens of millions annually. However, he says one of his videos stirred up a storm online and he was shoved by someone on a train platform. Iwai is asked to identify the person who warned of killing Taiga. When Iwai begins investigating, he discovers that Taiga is the second son of that politician he pursued as the mastermind in the graft case. He has misgivings about Taiga’s story and intentions. But first this analogue man must start grappling with the internet … …

Characters
Takahashi Katsumi as Iwai Kentaro
A former prosecutor turned lawyer in his 50s. When he was in charge of a graft case involving influential politician Ito Hidemitsu while at the Special Investigation Department, he drove Ito’s eldest son Sosuke to suicide, and later left the Tokyo District Public Prosecutors Office in despair.

Seto Koji as Taiga (Ito Daisuke)
A popular YouTuber in his 20s. He is actually the second son of Ito Hidemitsu who is an influential figure in politics. He was on good terms with his older half-brother Sosuke and feels depressed about his suicide.

Karata Erika as Iwai Saki
Iwai Kentaro’s only daughter. A third-year university student. Although her mother passed away when she was young, she has a distant relationship with her father and started living alone after she went to university.

Ibu Masato as Ito Hidemitsu
An influential figure in politics and the leader of the casino bill. Taiga’s father.

This blog contains information and musings on current and upcoming Japanese dramas but is not intended to be comprehensive.
View all posts by jadefrost →
This entry was posted in NHK, Spring 2019 Dramas and tagged Digital Tattoo, Seto Koji, Takahashi Katsumi. Bookmark the permalink.