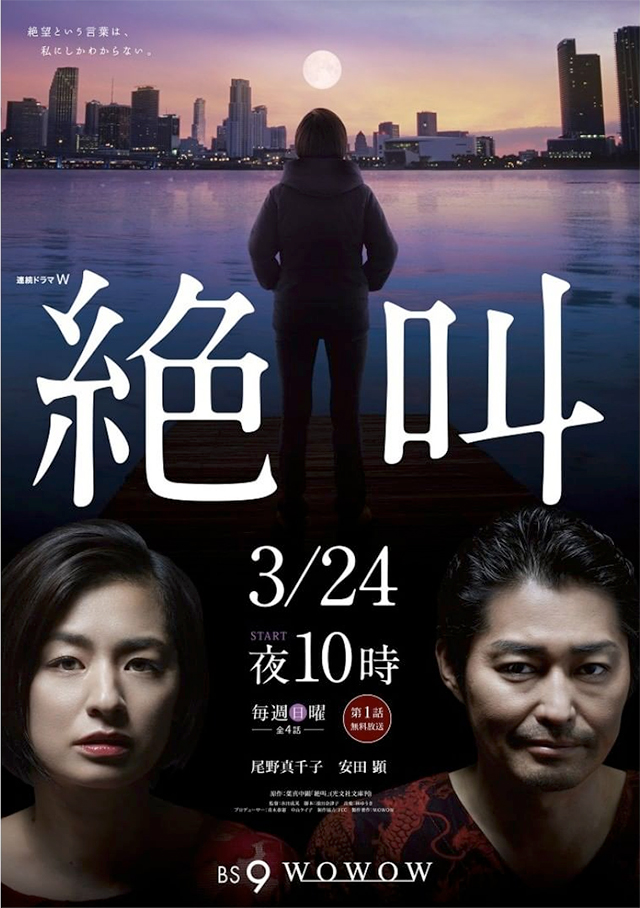 Story
The dead body of a woman is discovered in an apartment in Kokubunji, Tokyo. It has been eaten up by a number of cats until it is beyond recognition. Although the case is treated as one of the many solitary deaths, detective Okunuki Ayano finds it strange that the cats seem like pets but have not been toilet trained. She finds the name Suzuki Yoko in a passbook picked up from a goldfish bowl and traces her life. Meanwhile, Kokubunji Police Precinct’s crime squad is investigating the brutal murder of Kamishiro Takeshi who heads the nonprofit organisation Kind Help. There is no connection between the two cases. However, a woman called Suzuki Yoko soon emerges. Yoko was an ordinary woman who grew up in a typical family. Because of that normality, her younger brother Jun was bright in comparison and their mother Taeko doted on him. Yoko secretly felt forlorn that she was not loved by her mother, and she concealed that loneliness as she worked as an office lady. However, her life took a turn for the worse after her father, who was in debt, disappeared one day. Unfortunate incidents stacked up. Yoko was steadily driven into a corner and her life went into a downward spiral. She wanted to be loved, to be financially independent and recognised – feelings that any woman would have – and this tormented her. At some point, she was forsaken by society and turned to killing people for insurance money in order to survive.

Characters
Ono Machiko as Suzuki Yoko
A mysterious woman whose dead body is found in an apartment. It becomes clear that she turned to crime in order to live.

Yasuda Ken as Kamishiro Takeshi
The head of Kind Help, a nonprofit organisation. He was found stabbed to death. An enigmatic man who lived in the underworld and went on a violent crime spree.

Konishi Manami as Ayano
A detective who feels that there is more to Suzuki Yoko’s death than meets the eye and pursues the case. She gradually begins to identify with the darkness of Yoko’s heart.

Katagiri Jin as Yagi Tokuo
A homeless man who was picked up by Kamishiro Takeshi and became an accomplice in the crimes that he planned.

Sakai Wakana as Juri
A call girl who works for a call girl for hire business. She struck up a friendship with Suzuki Yoko who was a coworker.

Kaname Jun as Haga Kenichi
The manager of Shinwa Life Insurance’s Fuchu branch where Suzuki Yoko worked. He was overbearing in the way he gave guidance to her.

This blog contains information and musings on current and upcoming Japanese dramas but is not intended to be comprehensive.
View all posts by jadefrost →
This entry was posted in Spring 2019 Dramas, WOWOW and tagged Aso Yumi, Katagiri Jin, Konishi Manami, Okunuki Kaoru, Ono Machiko, Yasuda Ken, Zekkyou. Bookmark the permalink.