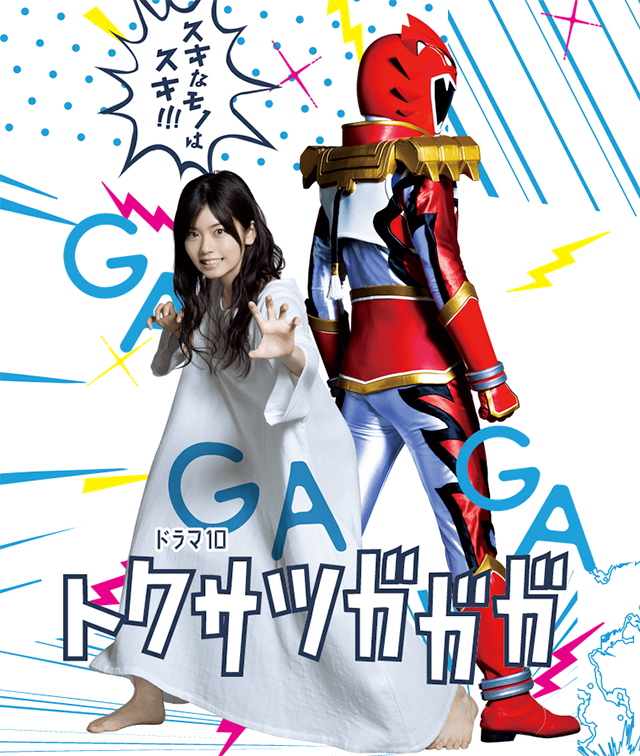 Story
24-year-old Nakamura Kano is an office lady who works for a trading company. She is a closet otaku who loves special effects shows very much. Her mother Fumi likes feminine things and hates special effects shows. Naturally, Kano has kept the fact that she is a closet otaku a secret from her mother since childhood. She is also careful not to be found out by her colleagues at work. Kano gets into all sorts of scraps daily. When she is wondering what to do, her mind will switch to special effects mode all of a sudden. Special effects heroes that only she can see, will appear and she is encouraged by their words to weather a series of crises. One day, Kano becomes friendly with Damian, an elementary school student who also loves special effects shows. Then on her way to work, she sees a special effects hero mascot hanging from the bag of an older woman Yoshida Hisami, and begins to search for a way to get to know her. Kano meets Hisami again at a hero show on her day off as she tries to pull herself together after being asked about marriage and made to go shopping with her mother. They get along very well because they are fellow otaku. She also makes other new friends including colleague Kitashiro Yuko and fierce-looking Ninkyo-san and forms friendships which give her a boost.

Characters
Koshiba Fuka as Nakamura Kano
An office lady who works for a trading company. She is considered very feminine at work but is actually a closet otaku who loves special effects shows very much. Although she has liked special effects shows since childhood, she stayed off it because of the influence of her mother. After she attended university, she started living alone, and is now completely hooked on it. The show she is currently absorbed in is Shippu Dotou Juushowa and she is a fan of Shishi Leo.

Kurashina Kana as Yoshida Hisami
She loves special effects shows and wonders whether it is about time she stop being one now that she is in her 30s. Like Nakamura Kano, she follows Shippu Dotou Juushowan and is a fan of Traiga.

Kinami Haruka as Kitashiro Yuko
Nakamura Kano’s colleague at work. She speaks harshly to people and also makes the atmosphere chilly. In fact, she has an interest that she keeps secret from others.

Terada Kokoro as Damian
A serious third grade elementary school student who loves special effects shows, and is a fan of Traiga in Shippu Dotou Juushowan. He attends a cram school. Despite his cute appearance, he spouts sharp words of wisdom.

Takeuchi Manabu as Ninkyo-san
The son of the owner of a Japanese confectioner called Okashi no Matsumoto. His big build and fierce appearance seems like that of the actors in special effects movies. But he is a kind-hearted young man. He is actually a geek who is into anime featuring attractive young female characters.

Watabe Gota as Nakamura Nozomu
Nakamura Kano’s older brother. He is married and lives with his wife and daughter. He plays in a band as a hobby.

This blog contains information and musings on current and upcoming Japanese dramas but is not intended to be comprehensive.
View all posts by jadefrost →
This entry was posted in NHK, Winter 2019 Dramas and tagged Kinami Haruka, Kurashina Kana, Matsushita Yuki, Tokusatsu Gagaga. Bookmark the permalink.