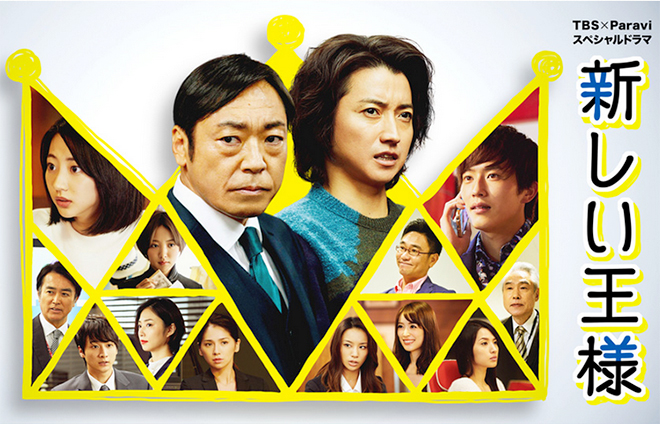 Synopsis
Akiba once caused a sensation by launching a large-scale takeover but now leads a quiet life as a free spirit whose main work is app development. He has been living in the office of Kamomiya Koshiro, the budding CEO of a struggling recruitment agency. This place is an old game centre that was renovated. Koshiro throws parties and dinners filled with beautiful women. He networks with the wealthy and successful business people with the dream of turning his life around and succeeding as an entrepreneur. One day, the two of them meet Mitsui Eiri, a young lady in a sexy pink nurse outfit who is being pursued by loan sharks. This is the start of a strange life under the same roof for Akiba, Koshiro and Eiri. Meanwhile, Ecchu Isao of Ecchu Funds who had a connection with Akiba in the past, continues to invest with the same approach. He has grown his fund, controls people with money and satisfies his insatiable appetite for material things and women. Akiba and Ecchu who have lived by completely opposite values so far, decide to buy Chuo TV, a major television network in Tokyo for very different motives. As a result, the lives of the lousy stage actress A who wants to appear on television, the enigmatic beauty Saori, Ecchu’s right-hand woman Miyazaki, Chuo TV’s Akatsukasa and Azabu of the production bureau, journalists of the news bureau, executive officers, CEO of a well-established entertainment agency Office Sakurajima, celebrities, former gravure idol Nori also begin to change … …

This blog contains information and musings on current and upcoming Japanese dramas but is not intended to be comprehensive.
View all posts by jadefrost →
This entry was posted in Paravi, TBS/MBS, Winter 2019 Dramas and tagged Atarashii Ousama Series, Fujiwara Tatsuya, Ishiguro Ken, Kagawa Teruyuki. Bookmark the permalink.