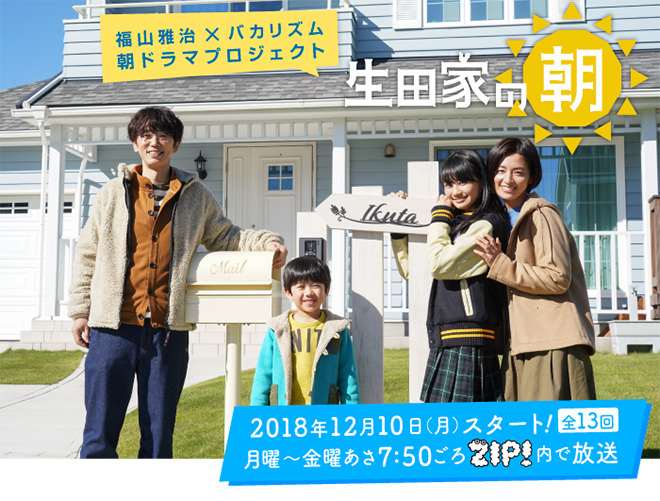 Story
It is a morning scene of an ordinary family in what appears to be the Tama district in Tokyo, but is typical everywhere in Japan. Ikuta Kosuke and his wife Sanae have just moved into a newly-built detached house with their two children Mina and Satoru. The breadwinner of the family, Kosuke is a kind, family-oriented man, but oddly has a tendency to be a stickler for things and a dreamer. He has secretly been longing for life in his own house to be similar to what is shown in television dramas. However, reality has been quite different. Small home issues such as the problems of the dining table’s “lived-in feel”, the sofa that is practically “dead”, and the juicer that should be used to make fresh juice every morning – are very grating to a stickler like him. This is simply an average morning in any family.

This blog contains information and musings on current and upcoming Japanese dramas but is not intended to be comprehensive.
View all posts by jadefrost →
This entry was posted in NTV, Winter 2019 Dramas and tagged Bakarhythm, Ikutake no Asa, Ono Machiko, Santamaria Yusuke. Bookmark the permalink.