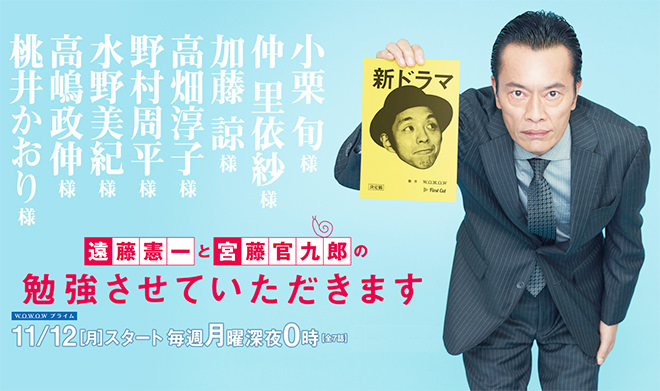 Story
Endo Kenichi plays the role of Moroi Joe, the most compassionate detective of Tamagawa Police Precinct. He is pursuing a serial killer and searching for clues. At that moment, the director shouts “okay”. This is the set of a detective drama series. Filming wraps up without a hitch. However, problems arise and scenes have to be hurriedly filmed again. However, Endo’s costars have already left the set. Well-known actors and actresses who are Endo’s acquaintances happen to be near the set and are hurriedly offered parts in the drama. On this day, Oguri Shun is at the studio. When Endo asks him to be a replacement, Oguri readily agrees to star in the drama quite unexpectedly. The script is immediately passed to him and filming begins again. However, what is supposed to be a suspense drama takes an unexpected turn … …

This blog contains information and musings on current and upcoming Japanese dramas but is not intended to be comprehensive.
View all posts by jadefrost →
This entry was posted in Fall 2018 Dramas, WOWOW and tagged Endo Kenichi, Endo Kenichi to Kudo Kankuro no Benkyou Sasete Itadakimasu, Kudo Kankuro, Mizuno Miki, Naka Riisa, Oguri Shun, Takashima Masanobu. Bookmark the permalink.