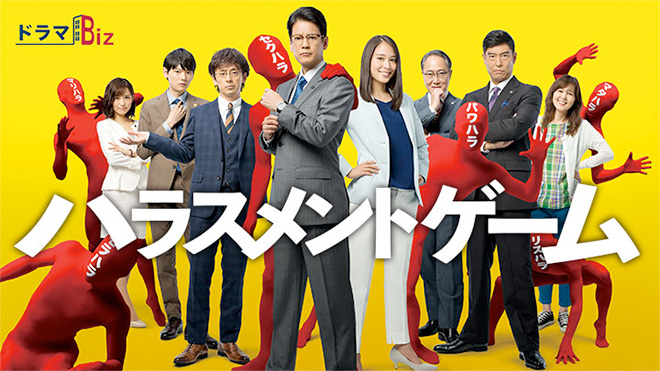 Story
Akitsu Wataru is the manager of the Toyama Chuo branch of Maruo Holdings, an established major supermarket chain. He was demoted as a result of some incident and moved to the countryside with his family. One day, there is a complaint about a 1 yen coin found inside a melon bun sold at the Nerima branch. Takamura Makoto from the Compliance Office suspects harassment by female employees from the suspicious phone call that Sasabe, the person in charge of the sales floor, received during closing time the night before. However, the CEO Maruo Takafumi fears that this will have an impact on a new Shinagawa branch which is opening in four days and refuses to file a police report. Meanwhile, Akitsu is suddenly called back to the headquarters as the head of compliance. The CEO and board members have hidden ulterior motives.

Characters
Karasawa Toshiaki as Akitsu Wataru
The head of Maruo Holdings’ Compliance Office. He was demoted from the headquarters to a local branch and moved to the countryside with his family. However, he is recalled by headquarters. He solves all sorts of harassment issues that happen within the company with novel ideas and methods.

Hirose Alice as Takamura Makoto
A feisty young woman who works for Maruo Holdings’ Compliance Office. She is opinionated and fearlessly makes her views known to her superiors at times.

Furukawa Yuki as Yazawa Kotaro
A lawyer of B&T, and legal adviser to Maruo Holdings.

Takito Kenichi as Maruo Takafumi
The third-generation CEO of Maruo Holdings. He took over the business from his father.

Sano Shiro as Mizutani Itsuro
The director in charge of public relations and investor relations at Maruo Holdings. He belongs to Wakita Haruo’s faction and plots Maruo Takafumi’s downfall.

Takashima Masahiro as Wakita Haruo
A managing director of Maruo Holdings. He treats Akitsu Wataru with hostility when he returns to the headquarters.

Ishino Mako as Akitsu Eiko
Akitsu Wataru’s wife. Although she says what is on her mind to her husband, she always supports the family.

This blog contains information and musings on current and upcoming Japanese dramas but is not intended to be comprehensive.
View all posts by jadefrost →
This entry was posted in Fall 2018 Dramas, TV Tokyo and tagged Harassment Game, Hirose Alice, Inoue Yumiko, Karasawa Toshiaki. Bookmark the permalink.