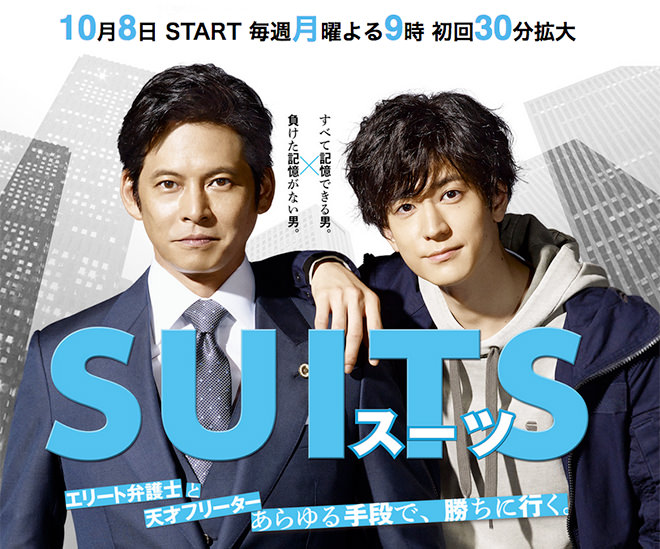 Story
Kai Shogo is a hotshot lawyer who belongs to Yukimura Uesugi, one of Japan’s four large law firms which is headed by Yukimura Chika. He studied at Harvard University after enrolling in Tokyo University. Kai handles lucrative cases such as corporate acquisitions, mergers and strategic alliances. However, Kai is a very arrogant man who will even use methods that border on illegal in order to win. Hijirisawa Makoto, a competent paralegal whose father is a capable lawyer; Tamai Kayako, Kai’s sharp secretary who is also good at winning the hearts of people; and lawyer Kanie Mitsugu who graduated from Harvard law school and regards Kai as a rival, also work at Yukimura Uesugi. The moneymaker for the firm, Kai holds the position of investor, and eyes a promotion to senior partner who takes part in management. Worried about his extreme win-at-all-costs mentality, Chika orders him to hire a young lawyer “associate” to be his partner as a condition for his promotion. Kai reluctantly accepts this condition and conducts interviews to hire a rookie lawyer. That is when Suzuki Daiki arrives. Suzuki is a smart young man with a photographic memory. But he lives the aimless life of a part-timer under the influence of bad company, and earns a living as a substitute test taker for all sorts of industries. Kai takes an interest in Suzuki’s ability and decides to employ him but … …

Characters
Oda Yuji as Kai Shogo
A hotshot lawyer who belongs to Yukimura Uesugi. He is outstanding and smart but rather arrogant. He will do whatever it takes to win. He has to hire an associate as a condition for his promotion and gets acquainted with Suzuki Daiki at an interview. Suzuki is not qualified as a lawyer. He proposes that Suzuki forge his credentials and makes him his subordinate.

Nakajima Yuto as Suzuki Daiki
A young man who becomes Kai Shogo’s partner. He is sharp and has a photographic memory. He has been living life aimlessly under the influence of bad company. But he decides to work under Kai Shogo because he needs a lot of money for his grandmother whom he has live with ever since his parents passed away when he was a child.

Araki Yuko as Hijirisawa Makoto
A paralegal who works for Yukimura Uesugi. She is competent and has one of the best research abilities in the office. As her father is a capable lawyer, she aspired to be a lawyer as a child and has been studying for it. She feels inferior about her academic background and is adamant about not losing to well-educated lawyers. She becomes a strong ally to Suzuki Daiki who becomes a rookie lawyer.

Suzuki Honami as Yukimura Chika
The head of Yukimura Uesugi. Because she made Kai Shogo study overseas at Harvard University out of her own pocket, she is the only person whom he cannot say no to. She loves the office like her family, and is ruthless in her treatment of anyone who tries to disrupt order.

This blog contains information and musings on current and upcoming Japanese dramas but is not intended to be comprehensive.
View all posts by jadefrost →
This entry was posted in Fall 2018 Dramas, Fuji TV and tagged Kunimura Jun, Oda Yuji, Suits Series, Suzuki Honami, Tajima Reiko. Bookmark the permalink.