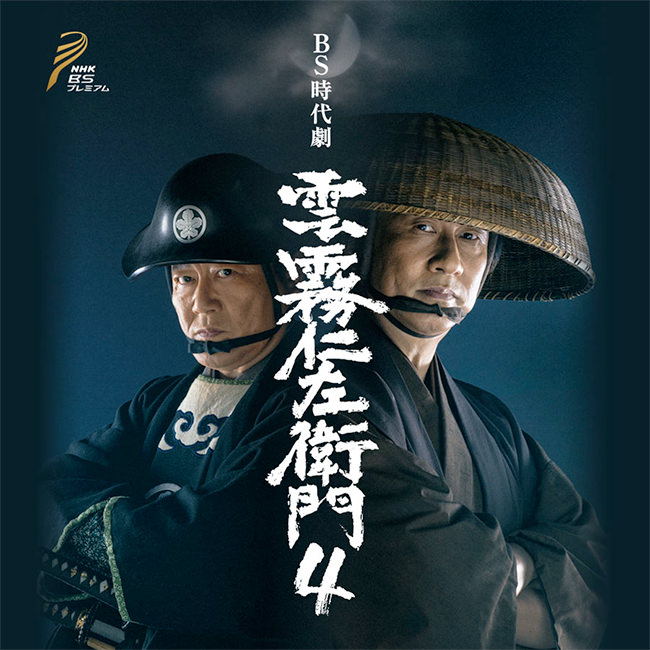 Story
The common people are suffering as the price of rice hits an unusual high in Edo. This is when leader of the Kumokiri gang of thieves, Kumokiri Nizaemon, takes aim at a wholesale rice merchant Iseya as his next target. Targeting only the very wealthy, the gang steals large sums of money with skillful techniques and never kills or injures people. Because they appear with the clouds and disappear like the mist, people call them the Kumokiri. Abe Shikibu, the chief of the public security force called the Hitsuke Tozoku Aratamekata, anticipates their movements and puts the wholesale rice merchant under guard. Meanwhile, the mysterious Tenichibo, who calls himself the illegitimate son of the shogun Tokugawa Yoshimune, appears and causes a sensation. Akagawa Daizen, a man claiming to be Tenichibo’s guardian, has demanded a large amount of money from wandering samurai finding a new master to serve. But this Daizen is connected to the major wholesale rice merchant Kashiwaya Seibei behind the scenes. One day, Nizaemon happens to save Tenichibo after he collapses in the street. Nizaemon learns that Kashiwaya is trying to put Tenichibo up as the next shogun and there is a member of shogun’s council of elders behind him. So he targets to steal from the two of them. Meanwhile, Abe Shikibu gets to the truth of Tenichibo’s case through his own investigation. This triggers a battle between the Kumokiri gang of thieves and the Hitsuke Tozoku Aratamekata.

Characters
Nakai Kiichi as Kumokiri Nizaemon
The leader of the Kumokiri gang of thieves that observe the rules of “do not kill, do not violate, do not steal from the poor”. He happens to help Tenichibo while taking aim at a wholesale rice merchant as the his target.

Kunimura Jun as Abe Shikibu
The chief of the Hitsuke Tozoku Aratamekata, the public security force which cracks down on felony such as arson and theft. Passionate about arresting the entire Kumokiri gang to the extent of giving up his personal fortune, he has gained the trust of his subordinates. He has doubts about Tenichibo’s bloodlines and secretly investigates him.

Uchiyama Rina as Nanabake no Ochiyo
A member of the Kumokiri gang. She has been working under Kumokiri Nizaemon ever since she lost her home in a fire at a young age, became an orphan and was picked up. She adores him. She can transform herself into anyone from nobility to daughter of a merchant.

Kondo Yoshimasa as 3-tsubo no Denjiro
The Kumokiri gang’s second in command. He is an expert at mimicry and can imitate anyone’s voice.

Nagayama Kento as Tenichibo
A young man who calls himself the illegitimate son of the shogun Tokugawa Yoshimune. He meets Kumokiri Nizaemon while having misgivings about his own bloodlines.

Sano Shiro as Akagawa Daizen
The man who took Tenichibo out from the Kishu domain to Edo. He raises money from wandering samurai who hope to find a new master to serve.

Issey Ogata as Kashiwaya Seibei
A wealthy merchant who runs a rice wholesaler and money changer. He makes excessive profits because of the sudden surge in rice prices. He manages Akagawa Daizen and Tenichibo from behind the scenes.

Ono Takehiro as Ando Tatewaki
A member of shogun’s council of elders who wields influence within the shogunate. He is secretly in touch with the merchant Kashiwaya Seibei.

This blog contains information and musings on current and upcoming Japanese dramas but is not intended to be comprehensive.
View all posts by jadefrost →
This entry was posted in NHK, Summer 2018 Dramas and tagged Kumokiri Nizaemon Series, Kunimura Jun, Nagayama Kento, Nakai Kiichi, Sano Shiro, Uchiyama Rina. Bookmark the permalink.