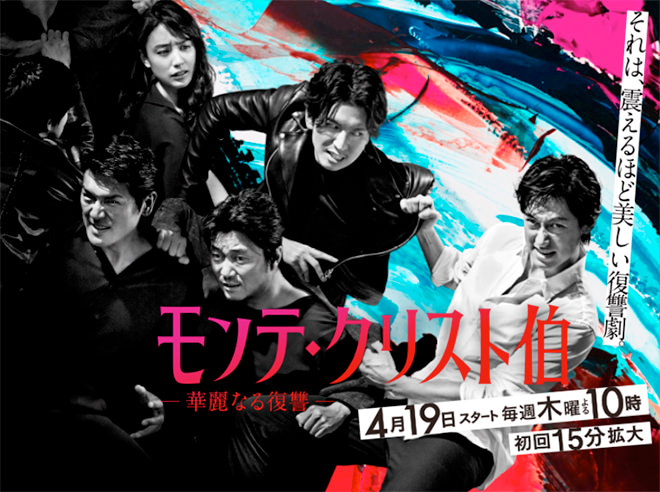 Story
In the spring of 2003, Saimon Dan who works for Morio Fisheries in a small fishing town, proposes to Meguro Sumire, the owner of the cafe called Sinbad in the same town. She accepts his feelings and the couple are extremely happy as they prepare for their wedding. However, Kaishinmaru, the deep-sea fishing vessel which Dan boarded, is lost in a storm. Dan’s junior, Nanjo Yukio, goes to Sumire’s cafe feeling worried. She believes Dan will return and acts with forced cheerfulness. Morio Eiichiro, the CEO of Morio Fisheries who owns the Kaishinmaru, and Kagura Kiyoshi who is a crew but could not set out to sea because of an injury, pray for the safety of Dan and the other crew members. Endo Katsuya, the chairman of the fisheries cooperative association, comes to visit Morio’s office. He tells Morio that the search and rescue expenses are ballooning because the vessel has already been lost for two weeks. Morio insists that the ship captain Balaji Iswaran will bring everyone back alive because he is excellent. However, Endo feels uneasy about Balaji whom he suspects of being a member of a terrorist group. Even so, Morio believes in the crew. At Dan’s family home, his mother Megumi has a confrontation with an unscrupulous land developer Terakado Rui. Then she is notified that the Kaishinmaru has returned to port. Sumire comes to get her and they hurry over. As the crew members set foot on the ground, Dan emerges injured but still alive. The only person who died was Balaji. Among the men investigating the dead body is the detective Iruma Kohei … … Dan gets sent to jail in a foreign land to save the necks of Nanjo, Kagura and Iruma. Locked away for a crime he did not commit for 15 years, Dan is robbed of a future with Sumire. He escapes prison life through unexpected luck. Then he amasses immense wealth and makes a comeback as a different person. With his intellect and great fortune, Dan takes bold, elaborate revenge against the three men who set him up and ruined his life.

Characters
Dean Fujioka as Saimon Dan
A crew member of Morio Fisheries. After his father, who was a fisherman, passed away, he moved to the town of Hamaura with his mother Megumi and changed high schools. This was where he met Kagura Kiyoshi, Nanjo Yukio and his future fiancee Meguro Sumire. After graduating from high school, he found a job at Morio Fisheries, which is owned by Morio Eiichiro, an acquaintance of his mother, and spends his days deep-sea fishing. He quickly distinguished himself as a crew member, having seen boats from a young age due to his father’s influence, as well as his perseverance and resilience no matter how difficult the situation. He won Morio’s favour and now supports the ship captain. He then asked Sumire to marry him. The day of their wedding is fixed and they are extremely happy. However, he finds himself leading an uncommon life after the ship he is on, gets battered by a violent storm on the way back from deep-sea fishing.

Okura Tadayoshi as Nanjo Yukio
He comes from the town of Hamaura. Saimon Dan’s most trusted, close friend, and lovable junior. He grew up with Meguro Sumire and at some point, his feelings for her became love. But Dan moved to the town, and when Sumire fell for Dan, his position changed to supporting the two of them. However, he was filled with jealousy. As a struggling actor, his feelings for Dan, who has both the woman he loves and career success, borders on hatred. A small impulse pushes him to kill Dan … …

Yamamoto Mizuki as Meguro Sumire
She comes from the town of Hamaura. Her parents died in a traffic accident when she was in her second year of high school and she took over the cafe called Sinbad that they had been running. This is where she met Saimon Dan. She was immediately attracted to Dan and confessed her feelings. It was not long before they started dating and promised to marry. However, she receives news that the deep-sea fishing vessel which Dan had boarded is in distress … …

Arai Hirofumi as Kagura Kiyoshi
He comes from the town of Hamaura. Saimon Dan’s senior from high school days whom he calls Gaku-ni. He has both brains and brawn and was everyone’s leader but ceded this position after Dan moved to this town. He is an outstanding fisherman who has worked for 10 years. However, he is prevented from fishing every day because of his injuries. Meanwhile, Dan distinguishes himself in the company and becomes an obstacle in his way. He feels flustered that Dan is highly regarded and gets the idea to make use of Nanjo Yukio who is jealous of Dan in order to make Dan lose favour … …

Takahashi Katsunori as Iruma Kohei
The counsellor of the Tokyo Metropolitan Police Department’s Third Foreign Affairs Section. He is known as a formidable man with a promising future. His life seems smooth sailing. However, he was forced to lead a hard life because his father caused some incident and abandoned his mother. His hatred for his father becomes the reason for his desire for success. After that, he passed the civil service exam while studying in Tokyo University, and started life as an outstanding police cadet. However, in his 20s, he committed a big crime with someone whom he had a forbidden relationship with and his heart was blackened. This time, he meets Saimon Dan concerning some letter, and has to confront his own black heart and past once again … …

Ibu Masato as Iruma Sadayoshi
He set up the fund TI Fund Management and later grew it into a huge fund. However, in the 1980s, he abandoned his family and fled overseas after committing illegal trading. He eventually returned to Japan and made a comeback. He has also been in asset management in Asia and South America, and is known internationally. This time, he becomes a central person in a case which will entangle many people … …

Original Work
The Count of Monte Cristo by Alexandre Dumas