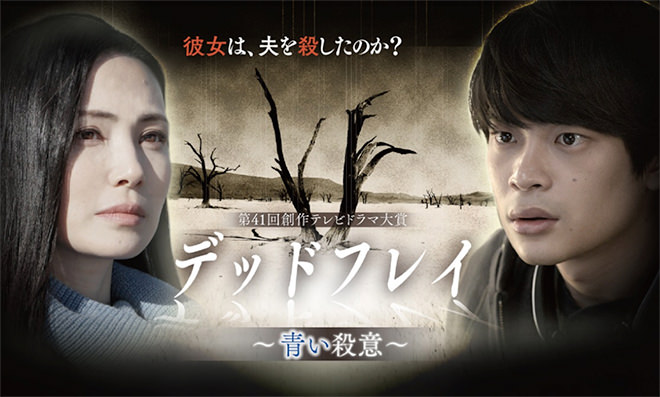 Date: From 10.00 p.m., 23 March 2018
Scriptwriter: Sasaki Yumi
Cast: Inowaki Kai, Mimura, Chiba Tetsuya, Chiba Masako, Awano Sari, Wada Aoi, Saikatsu, Kaneko Yuki, Mizuhashi Kenji, Wada Masato
Synopsis: 21-year-old Fujita Naoki (Inowaki Kai) is poor at interpersonal relationships. He has never held a proper job so far and the only one he opens up to and converses with is Erina, an AI app in his smartphone. Naoki’s father Takahiko (Chiba Tetsuya) is unemployed and drinks daily. However, Naoki’s mother Toshie (Chiba Masako) indulges his father. Naoki hates his father and struggles as he lives without any hope of change. Then one day, Naoki finally finds a job at a small photography office on the strength of his photo editing skills. Under the guidance of his boss Ogaki Yu (Mizuhashi Kenji), Naoki gets involved in the business of creating fake photos to show off on social media. One day, a woman called Ishii Saya (Mimura) visits the office with a strange request. She says her husband Atsushi (Wada Masato) is missing but she wants to create photos which look like he is on a trip. Saya posts the fake photos made by Naoki on social media and maintains the pretense that Atsushi is travelling. Naoki falls for Saya and also makes friends with her daughter Aoi (Awano Sari). However, Saya does not talked about what happened between her and her husband or where he is right now. The mystery keeps deepening. Naoki begins to have misgivings, wondering whether she killed her husband and insidiously made him her accomplice. In the end, he gets to the unexpected truth … …
Official Website: www4.nhk.or.jp/P4698

This blog contains information and musings on current and upcoming Japanese dramas but is not intended to be comprehensive.
View all posts by jadefrost →
This entry was posted in NHK, Winter 2018 Drama Specials and tagged Deadvlei, Mimura. Bookmark the permalink.