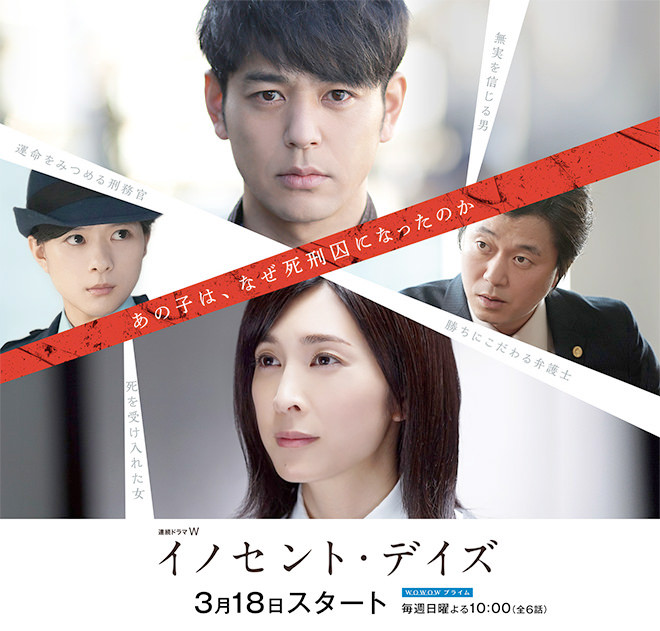 Story
Sasaki Shinichi watches his friend Tanaka Yukino receive the death sentence in court. She had set the apartment of the man whom she had dated on fire, and caused his wife and child to be burned to death. Shinichi recalls a memory from 20 years ago, “If someone is sad, let’s all help.” His intuition tells him that Yukino is not the real criminal. He has known her since childhood and feels an indebtedness. Wanting to save Yukino, Shinichi searches for allies. He goes to see her older sister Yoko but she is leading a happy life now and is trying to forget Yukino. As Shinichi meets former junior high school classmates and other people who have knowledge of Yukino’s life, he hears about her bitter past wherever he goes. Despite reuniting with childhood friend Tange Sho, who is now a lawyer, their opinions gradually begin to differ. Meanwhile, Yukino waits dispassionately for the time of her death sentence which is drawing near. Prison guard Sadoyama Hitomi begins to be drawn to her for some reason … …

Characters
Tsumabuki Satoshi as Sasaki Shinichi
Tanaka Yukino’s childhood friend and the only person who believes in her innocence with all his heart. He feels an indebtedness to her. His actions begin to sway people.

Takeuchi Yuko/Kiyohara Kaya as Tanaka Yukino
Everything began when she was placed in her grandmother’s custody after she lost her mother when she was a child. She has received the death sentence for killing the wife and child of her ex-boyfriend Inoue Keisuke. She loses consciousness when she is excited. This is a pre-existing condition inherited from her mother. She barely has friends and is often on her own.

Arai Hirofumi as Tange Sho
He chose to become a lawyer just like his father. While on a trip, he learns that his childhood friend Tanaka Yukino has been sentenced to death and returns to Japan. To be of help to her, he meets Sasaki Shinichi again and starts working. However, he also has ambitions to gain prominence as a lawyer.

Yoshine Kyoko as Sadoyama Hitomi
She used to sit in on trials and later became a prison guard. She has close contact with Tanaka Yukino in the prison and gradually finds herself wanting to know her real feelings and the truth of the case.

Ikeuchi Hiroyuki as Inoue Keisuke
Tanaka Yukino’s ex-boyfriend. After breaking up with Yukino, he got married and became a father of two children. He is excessive in both his love and violence and yet he is impossible to hate.

Hasegawa Kyoko as Ozone Riko
Tanaka Yukino’s junior high school classmate. She is now a translator of picture books. She feels a sense of guilt, and relief at the same time, for Yukino’s death sentence due to an incident during their junior high school days.

Tomosaka Rie as Kurata (Noda) Yoko
Tanaka Yukino’s step sister. She is now happily married and has become a mother. She has been hiding Yukino’s existence from her husband.

Satsukawa Aimi as Noda Hikaru
Tanaka Yukino’s mother. She ran away from her mother, got married and lived a happy life. She has a chronic illness where she loses consciousness when she is excited.

Yo Kimiko as Tanaka Michiko
Tanaka Yukino’s grandmother. Noda Hikaru’s mother. She likes men and money. After her daughter’s death, she took the young Yukino in and brought her up but … …

This blog contains information and musings on current and upcoming Japanese dramas but is not intended to be comprehensive.
View all posts by jadefrost →
This entry was posted in Spring 2018 Dramas, WOWOW and tagged Goto Noriko, Hasegawa Kyoko, Takeuchi Yuko, Tomosaka Rie, Tsumabuki Satoshi, Yo Kimiko. Bookmark the permalink.