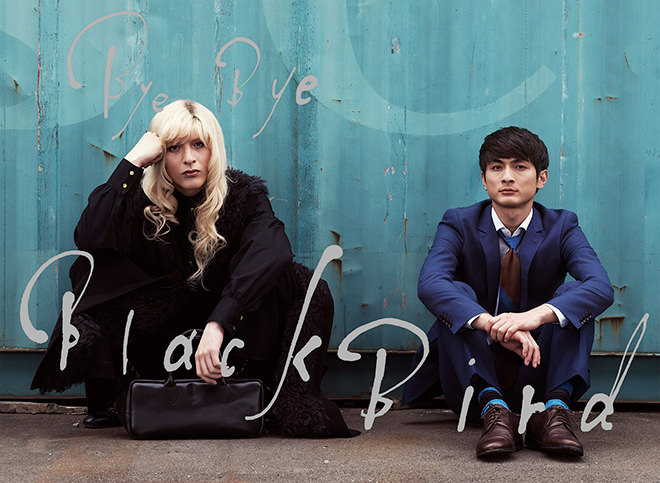 Story
Hoshino Kazuhiko falls in love with the women he meets and dates them. Before he realises it, he is seeing five women – Hirose Akari, Shimotsuki Risako, Kisaragi Yumi, Kanda Namiko and Arisu Mutsuko – all at once. To put it simply, he is a loser but somehow impossible to hate. He is a character who glides into people’s hearts. Hoshino’s fate is to be whisked by “that bus” to an unknown place where human life is quite impossible as settlement of a large debt to “some organisation”. Hoshino’s wish is to bid farewell to his five girlfriends before he is taken away by “that bus”. The person keeping an eye on him until the day the bus departs, is the strange-looking and blisteringly caustic Mayumi who has blonde hair and the build of a male professional wrestler. And so, in the company of Mayumi, Hoshino starts telling the women he loves good bye. However, Hirose Akari, the first girlfriend he meets, is openly angry when he begins to talk about breaking up because he is getting married to Mayumi. And then, Mayumi makes a suggestion but … …

Characters
Kora Kengo as Hoshino Kazuhiko
A man whose fate is to be taken away as settlement of a debt. He falls in love with the women he meets and ends up dates all of them at the same time. Traumatised by his mother’s sudden death in an accident, he pleads with Mayumi to let him say a proper goodbye to all of them before he does a disappearing act.

Shirota Yu as Mayumi
A strange woman sent from the organisation which is trying to take Hoshino Kazuki away on “that bus” to keep an eye on him. She carries around a “dictionary” where words which she does not need, are blotted out in black. She refers to everyone derogatorily and her behaviour is constantly destructive.

Ishibashi Anna as Hirose Akari
A woman who has ended an affair. She met Hoshino Kazuhiko at a farm which she happened to visit for strawberry picking and was saved from the hell of adultery. Her cute appearance is in contrast to the way she boldly talks back to Mayumi and stubborn personality.

Itaya Yuka as Shimotsuki Risako
A single mother who lives with her son Kaito. She divorced husband because he was cheating on her. After her car was stolen under some circumstances, she encountered a panicked Hoshino Kazuhiko and they started dating.

Maeda Atsuko as Kisaragi Yumi
Her ambition is to fall from the rooftop of a building with a rope. While loitering suspiciously around the business district late at night, she was accosted by Hoshino Kazuki.

Usuda Asami as Kanda Namiko
She works for a tax accountant office. She loves playing on words, thinking about maths and things. She met Hoshino Kazuki who happened to be in the bed next to her when she is put on a drip at the hospital.

Seki Megumi as Arisu Mutsuko
An actress who will never break up. She met Hoshino Kazuki who came to observe the filming location of a commercial. She has been dating Hoshino the longest among the five of women. She also firmly stands against Mayumi.

This blog contains information and musings on current and upcoming Japanese dramas but is not intended to be comprehensive.
View all posts by jadefrost →
This entry was posted in Winter 2018 Dramas, WOWOW and tagged Bye Bye Blackbird, Itaya Yuka, Kora Kengo, Shirota Yu, Usuda Asami. Bookmark the permalink.