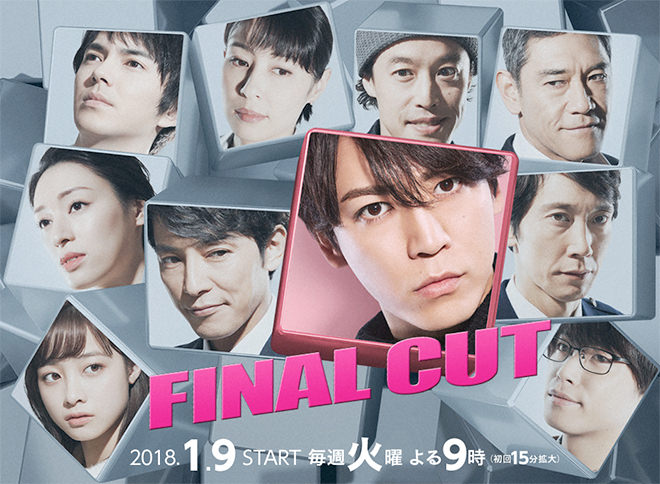 Story
12 years ago when Nakamura Keisuke was a high school student, a child at the nursery school run by his mother Kyoko was murdered by someone. As the police investigation progressed, a talk show programme called The Premiere Wide hosted by Momose Rui, covered the case as if she was the criminal. As a result of the programme, she became the target of public abuse and this gradually drove her to take her own life. 12 years later, Ogawara Yukiko meets a man who is studying drawing. Not knowing that this is the same man whom her younger sister Wakaba has fallen in love and has gone on many dates with, Yukiko has a good impression of him. However, this man is Keisuke. He has covered up his past and got close to the two beautiful sisters. Keisuke is searching for the real criminal and has begun his revenge against the people who pushed his mother into a corner at that time – the staff and presenters involved in gathering information about the case and broadcasting it as well as Yukiko and Wakaba who hold the key to the truth of the case. However, he ends up falling in love with one of them. Together with his childhood friend Noda Daichi, Keisuke has created MP.info, a website which provides advice for people who have been victimised by the media. One day, they are consulted by a mother Eto Kimiko who was interviewed for The Premiere Wide because of her daughter’s heart transplant. Kimiko says the content which was edited and aired was factually inaccurate. She was also puzzled by the haughty response of the producer Ide Masaya. Keisuke who had once been subject to intense media scrutiny by Ide, directors Masaki Kumiko and Koike Yuto and cameraman Minagawa Yoshikazu, swings into action to trap them for repeating the same mistake again. Meanwhile, at Shinjuku Chuo Police Precinct, the deputy police chief Takada Seiichiro is looking at investigation documents on the case 12 years ago. And then, the time comes for a confrontation between Keisuke and Ide.

Characters
Kamenashi Kazuya as Nakamura Keisuke
His mother Kyoko was treated as a criminal in the murder of a girl when he was a high school student and this drove her to commit suicide. 12 years later, he has decided to avenge her by searching for the real criminal. He hides his background and gets close to his targets. He begins to thrust the lethal “final cut” which would end their lives if made public.

Kuriyama Chiaki as Ogawara Yukiko
The older of the two Ogawara sisters who hold the key to the truth of the girl’s murder. She works as a curator at an art museum. Although she has had little chance at romance, her heart is drawn to Nakamura Keisuke and she falls into a “forbidden love” with him. She lives with her father, who is a lawyer, her mother and younger sister Wakaba.

Fujiki Naohito as Momose Rui
A well-known host who is loved by television viewers. He has a flair for capturing people’s hearts and humour. He believes it is his duty to give the public what they want. He is uncompromising in the programme production and has boundless charm. 12 years ago, he hosted the programme which covered the murder of the girl.

Sugimoto Tetta as Ide Masaya
The producer of the television programme The Premiere Wide. 12 years ago, he had directed the programme which Momose Rui hosted.

Sasaki Kuranosuke as Takada Seiichiro
The deputy police chief of Shinjuku Chuo Police Precinct. 12 years ago, he was the detective in charge of the case and possesses a lot of information which Nakamura Keisuke does not know. He keenly watches Keisuke’s movements.