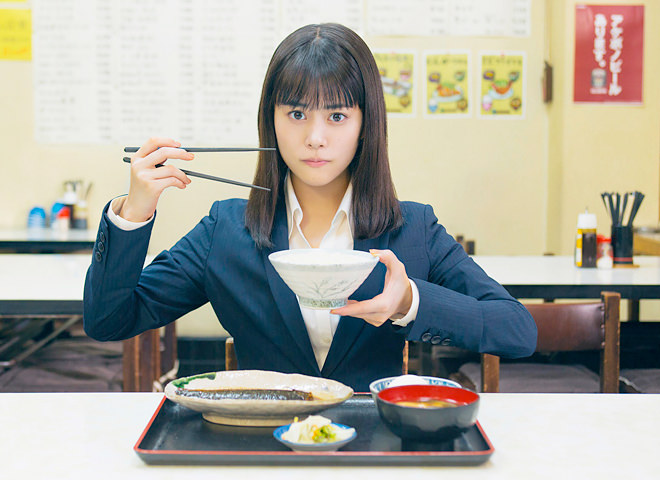 Date: From 11.15 p.m., 2 January 2018
Scriptwriter: Oshima Satomi (Machi Koba no Onna, Yassan, Hanamoyu)
Original Work: Boukyaku no Sachiko by Abe Jun
Cast: Takahata Mitsuki, Fukikoshi Mitsuru, Fuse Eri, Aizawa Rina, Shigeoka Hiroshi, Okata Hisako, Kaga Takeshi
Synopsis: Sasaki Sachiko (Takahata Mitsuki) is an editor of Sarara, a literary magazine. Called “Iron Lady”, she has earned the respect of her colleagues for her perfectionism and diligence. Sachiko is due to get married to Shungo whom she met while on a holiday. The day of her wedding comes and she is about to have the perfect life … … Or is supposed to. But the groom Shungo suddenly disappears in the middle of the wedding ceremony. Sachiko does not even know why and is left dumbfounded. The next day, she goes to work as usual. Although she had thought that she would be fine, she cannot forget Shungo. Whether she is working or walking the streets, she is unable to get him out of her mind and this even ends up affecting her work. Realising that the shock she had received was greater than she had imagined, she goes to a shop serving set meals in an attempt to compose herself. Sachiko chooses from the menu at random. But when the set meal appears and she casually brings the food to her mouth, the taste shocks her. In that moment, the delicious food makes her forget about Shungo completely. This is the start of Sachiko’s journey in search of food which can sweep her into oblivion.
Official Website: www.tv-tokyo.co.jp/boukyakunosachiko

This blog contains information and musings on current and upcoming Japanese dramas but is not intended to be comprehensive.
View all posts by jadefrost →
This entry was posted in TV Tokyo, Winter 2018 Drama Specials and tagged Boukyaku no Sachiko, Takahata Mitsuki. Bookmark the permalink.