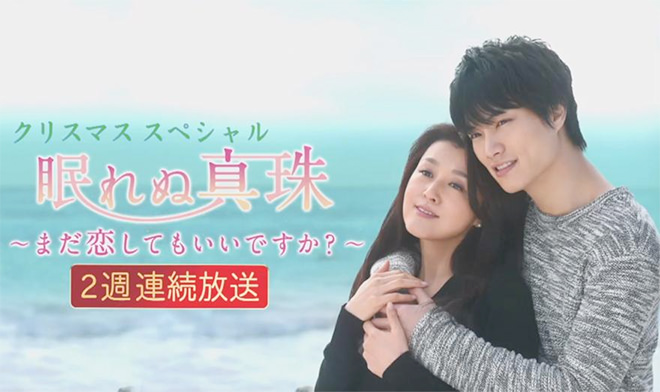 Story
Uchida Sayoko is proudly a independent 45-year-old artist who produces copperplate etchings at her home studio near the seaside. She is approaching the second half of her life and worries about menopause. One day, she meets Tokunaga Motoki who works at her regular cafe. He says he is a filmmaker and asks her to let him film her. Sayoko learns about their 17 year age gap and cannot hide her surprise. However, she accepts his request. The day of the filming begins and the two of them gradually become attracted to each other. As Sayoko falls in love with Motoki, she changes into a vulnerable, sensitive young woman. Realising that they have to break up in the near future, she earnestly throws herself into this romance with the end in sight. Meanwhile, another lover of the man whom Sayoko is having an affair with becomes a stalker and keeps harassing Sayoko viciously because of her twisted love. As the stalking escalates, what will happen to Sayoko?

Characters
Fujiwara Norika as Uchida Sayoko
An artist who specialises in copperplate etchings. She has been doing this for more than 20 years and has a studio in her home by the sea. She has been worries about the changes in her body because of menopause since a while ago. She is a person with fortitude and direct in her craft. She has been having an affair with an older art dealer Miyake Takuji. Then she meets Tokunaga Motoki and falls into an all-consuming love.

Suzuki Nobuyuki as Tokunaga Motoki
A waiter who works at Liquid Cafe in a seaside town. He has won several awards as a documentary filmmaker, but feels stuck expressing himself in commercial films and has come here to escape. He takes an interest in Uchida Sayoko who is a regular customer and asks her to let him film her for a documentary. And then, he begins to feel a power attraction to Sayoko.

Mizusawa Erena as Fukuzaki Ayumi
A curator. She is having an affair with Miyake Takuji. She begins to stalk Miyake’s wife and Uchida Sayoko because of her crazed love.

Sano Hinako as Shiina Noa
A young, up-and-coming actress. She is Tokunaga Motoki’s childhood friend and ex-girfriend. She loves everything about him and is also drawn to him as a filmmaker.

Masu Takeshi as Miyake Takuji
An art dealer. He was once a budding art critic but now works as an art dealer for Gallery Machie which he goes in and out of. He is married. However, he has a relationship with Uchida Sayoko and is also dating a young woman Fukuzaki Ayumi.

This blog contains information and musings on current and upcoming Japanese dramas but is not intended to be comprehensive.
View all posts by jadefrost →
This entry was posted in Fall 2017 Drama Specials, Fuji TV and tagged Fujiwara Norika, Numurenu Shinjuu (NTV). Bookmark the permalink.