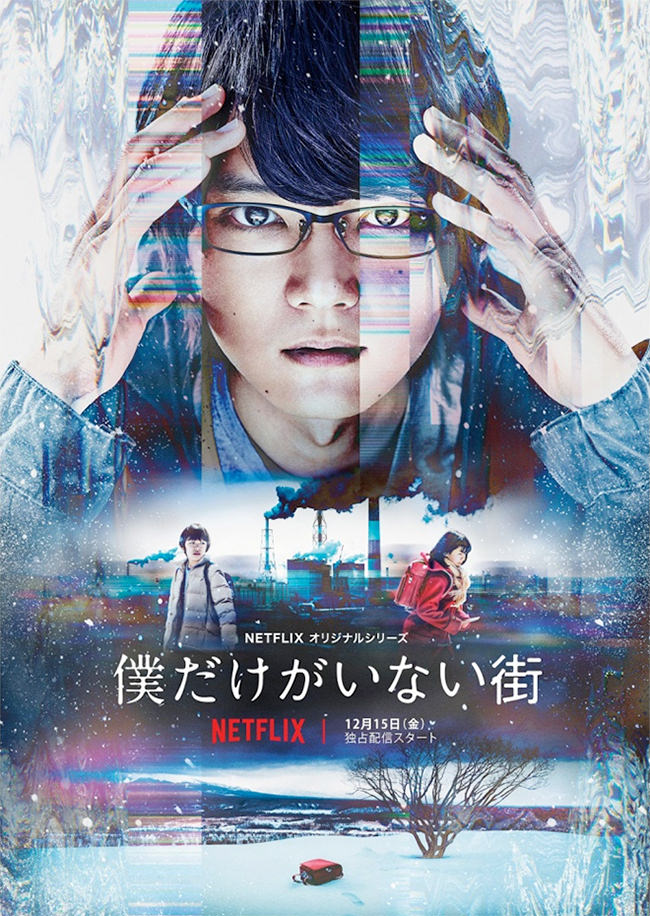 Story
29-year-old Fujinuma Satoru aspires to be a manga artist. However, he cannot get ahead and has to work part-time to make a living. Satoru possesses a special ability called “revival” which rewinds a scene so that he can prevent “bad things” from happening, but is troubled that it is beyond his control. One day, Satoru comes back home to find that his mother Sachiko has been killed. He goes after her murderer but gets set up and ends up being pursued as the murderer of his mother. Wanting to prevent his mother’s death, Satoru wishes hard for “revival” and is sent back 18 years into the past to the time when he was a fifth-grade elementary school student. This is right before his classmate Hinazuki Kayo got caught up in the series of child abduction and murder cases and became a victim. Convinced that this case is connected to his mother’s murder, Satoru resolves to chase after the truth with help from his classmate Kobayashi Kenya and his form teacher Yashiro Gaku.

This blog contains information and musings on current and upcoming Japanese dramas but is not intended to be comprehensive.
View all posts by jadefrost →
This entry was posted in Netflix, Winter 2018 Dramas and tagged Boku dake ga Inai Machi. Bookmark the permalink.