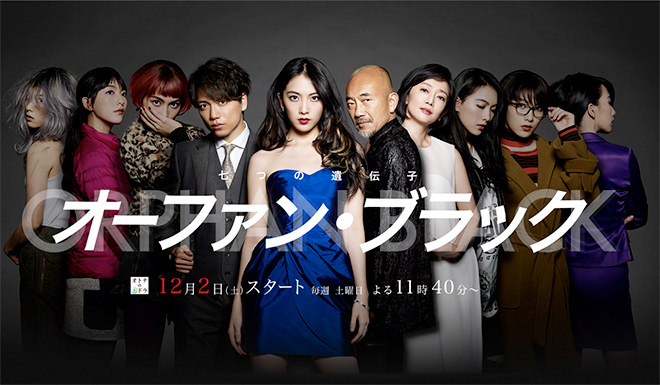 Story
Poverty, an unsympathetic society and suspicion of neglect. Caught in a negative spiral, Aoyama Sara, a single mother, cannot stay in a job for long. She is also forced to live apart from her daughter Moe who has been taken away by her foster mother Saeko. Sara believes she can make a fresh start in life if only she has a lump sum of money. One day, she meets a woman at a train platform. This woman looks like Sara and this shocks her. But in the next instant, the woman throws herself in front of a train with a weary expression on her face. Amidst the ensuing commotion, a stunned Sara gets hold of the bag left behind by the woman and leaves the train station. She looks at the driver’s license inside the bag and learns that the name of the woman who committed suicide is Shiina Maoko. There is also a mobile phone and a set of keys … … Sara tells her younger brother Kaoru about this bizarre incident that happened to her. She ignores him when he tries to stop her and heads to Maoko’s house. Maoko lives in an upscale residential area in Yokohama. Sara is bitter about their different lives even though they have the same face. There is a photograph of a man who seems to be Maoko’s boyfriend in her room. Sara questions why she committed suicide. She soon discovers a passbook marked with 7.5 million yen in the account. If she gets this money, she will be able to start a new life with Moe and Kaoru. At that moment, she finds out through the news on the internet that Maoko’s identity is still unknown. She gets the idea to switch identities with Maoko. Sara heads to the bank, impersonating Maoko. However, she is pulled into a car by a scary-looking man all of a sudden. Not knowing what is going on, Sara tries to escape. The man shouts at her to stop. This is when she learns that he is Maoko’s colleague, detective Kinjo Tsuyoshi. There is no way Sara can pretend to be a detective. She is about to put an end to her act and makes a phone call to Kaoru. But at that moment, Kaoru has already been notified of her “death”. Sara is forced to continue her pretense. At least until she gets the 7.5 million from the bank. Once she has the money, she will immediately flee this town with Moe and Kaoru. However, that night, Maoko’s fiance Iwaki Makio who is supposed to be on a business trip, suddenly comes back. He finds her different than usual and looks at her suspiciously. A desperate Sara … …

Characters
Jiyoung as Aoyama Sara
A lonely single mother. She does not know her biological parents and grew up in an orphanage. When she was 9 years old, she was adopted by a foster parent Aoyama Saeko together with Kaoru who was like a younger brother to her. However, she could not get along with Saeko and left home at the same time that she graduated from junior high school. She has drifted from one job to another and now works at a factory in the day and at a hostess bar at night but barely scrapes by. One day, her daughter Moe fell sick because of her work and she lost Moe to Saeko. She believes that she can live together with Moe and be happy if she has money.

Jiyoung as Shiina Maoko
A detective of Kanagawa Prefectural Police who commits suicide. She has the same face as Aoyama Sara. In the course of events, Sara ends up impersonating her.

Yamazaki Ikusaburo as Iwaki Makio
Shiina Maoko’s boyfriend who is living with her. He appears to be a handsome, sincere man. However, he gives off an aura of mystery behind his smile. He is concerned about Maoko who keeps acting strangely. But on the other hand, he also has a cold expression and a certain darkness … …

Nishime Shun as Aoyama Kaoru
Aoyama Sara’s foster brother. They grew up in the same orphanage when young. He was saved by Sara when everyone treated him disparagingly for looking like a female. He was adopted by Aoyama Saeko at the same time as Sara. He and Moe are Sara’s only family. Although there are times when he is by Sara’s recklessness irritates him, he will basically try to help out in anything for her sake.

Okada Koki as Kinjo Tsuyoshi
A detective of Kanagawa Prefectural Police. Rank: Assistant Inspector. He had been Shiina Maoko’s colleague and partner. After Aoyama Sara impersonates Maoko, he begins to grow suspicious because of her continuously strange behaviour.

Takahashi Tsutomu as Nagase
Aoyama Sara’s on-off boyfriend. He is from the same orphanage as Sara. He has always behaved badly, hung out with bad friends and made money by doing bad things. Although he has a tendency to be violent, his feelings for Sara are genuine.

Takenaka Naoto as Wakita
A scientist who belongs to a large medical institution.

Aso Yumi as Aoyama Saeko
The foster mother of Aoyama Sara and Kaoru. She is hard on Sara who believes that she can live happily with her daughter Moe if she has money. However, this is actually all maternal love. She wishes that Sara will change more than anyone else.

This blog contains information and musings on current and upcoming Japanese dramas but is not intended to be comprehensive.
View all posts by jadefrost →
This entry was posted in Fall 2017 Dramas, Fuji TV and tagged Aso Yumi, Orphan Black. Bookmark the permalink.